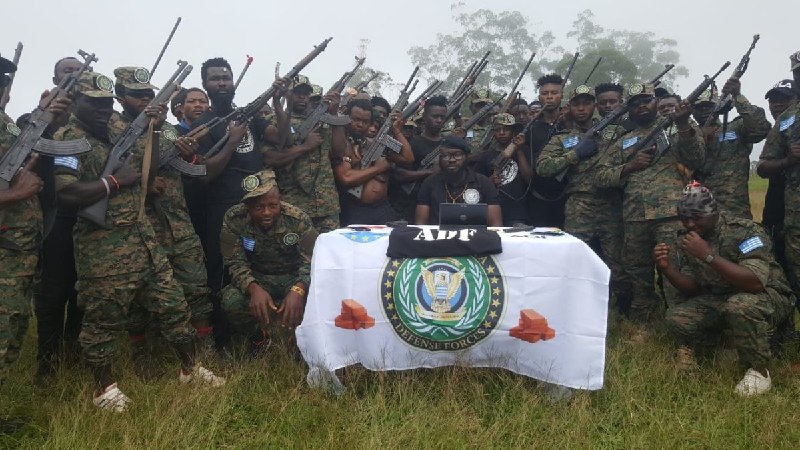 Ambazonia separatist militants from Cameroon have denied being behind the killing of 11 persons in Manga community, Takum Local Government Area of Taraba State last week.

Anaedoonline.ng had reported that the militants reportedly attacked the community in Takum local council killing the village head and some residents.

Speaking during the plenary last week Wednesday, Senate Deputy Minority Leader, Emmanuel Bwacha, had said the motive of the group is unknown as no one knows whether they want to “expand territory or lay claim for Southwest Cameroon.”

While stressing that the attack threatens Nigeria’s territorial integrity, Senator Bwacha (PDP-Taraba South) revealed that the separatists burnt down the village.

But in a statement signed by its leader on Thursday, Samuel Ikome Sako, the separatist group accused the Cameroonians of framing them for the killings.

Sako denied media reports that it has sophisticated weapons in its possession, adding that the group is not involved in the killing of harmless residents.

He stated that the group was created to protect the vulnerable people of Ambazonia from the alleged genocide carried out by the military forces of Cameroon.

Ambazonia Attack On Taraba Community, Not A Threat On Territorial Integrity of Nigeria – Ndume

The statement reads: “The Ambazonia interim government by this statement categorically denies this allegation made against her and is informing the Nigerian authorities, the government of Nigeria, the people of Nigeria and the international community at large that our Ambazonian Restoration Forces (ARF) are being framed up by Cameroonians.

“Our Ambazonian Restoration Forces are guerrilla fighters and do not have speedboats or sophisticated weapons. The ARF exists to protect the vulnerable people of Ambazonia from the alleged genocide carried out by the military forces of Cameroon.

“Firstly, the Ambazonia interim government is saddened by the loss of innocent lives, a happening we are well too familiar with.

“On behalf of the people of Ambazonia, we extend our heartfelt condolences to the bereaved families, the peace-loving people of Taraba State and Nigerians.”