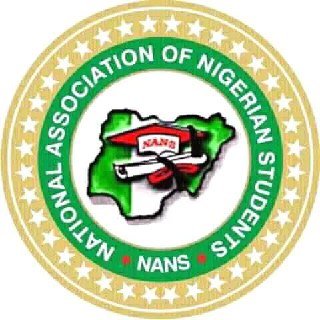 The National Association of Nigerian Students (NANS) has joined the National Labour Congress in rejecting the alleged plans by the federal government to remove fuel subsidies in 2022.

NANS threatened that Nigeria will be shut down if the federal government attempts the removal of fuel subsidy and an increase in the price of fuel.

NANS in a statement signed by its President, Asefon Sunday noted that Nigerians are presently suffering; therefore any attempt to aggravate the social woes and economic manacles that are already faced will not only be reckless but amount to testing the patience of Nigerians too far.

The statement read, “Let’s first of all categorically state that on behalf of the suffering millions of Nigerian Students; and on behalf of the millions of the frustrated masses of the Nigerian people who are our parents; brothers and sisters; uncles and aunts; friends and neighbours, we reject this socioeconomic evil proposal and we shall resist it. Nigerians are really suffering. We are in dire socioeconomic straits. We are weeping in our hearts and souls. We are dying in silence. We feel the agony and anguish because we are practically involved.

“We wish to warn against it. The country is very stretched and tense. In case the government is not aware, we are passing them this intelligence free of charge now. Again we advise, let the government not stretch it further. The consequences will be dire. The people are already flamed. Mendacity will beget mendacity.”

“NANS is happy that the organised labour and civil society groups have all rejected the proposal. We shall ensure that the entire country is shut down and paralysed should the Federal Government proceed with its insensitive plan of deregulation or even any further increase in the pump price of fuel. We have had enough.”

NANS noted that deregulation cannot change anything in the country except the practical reality of the socio-economic condition of Nigerians changes.

“No deregulation can happen on the basis of import-driven deregulation. We are aware of our reality with all the ones already deregulated, including Kerosene, diesel and cooking gas (which price has gone totally out of control).

“May we remind the Federal Government that NANS is not totally against deregulation. But they were conditions already agreed upon before any talk about deregulation can start. And none of those conditions are in place at the moment.”

They described the intending plan by the government as very strange especially at a time when no refinery is functioning in the country insinuating that the sinister plan is outright the quest of the government to get money at all costs to squander and finance the ostentatious lifestyles of public officers and senior civil servants.

“The four (4) refineries are not functioning, and if they are functioning at all, it is at a near-zero level. There is zero consultation with stakeholders to even consider issues around deregulation and why it should or should not be. The survival of Nigerian workers and their wards is yet to be discussed, yet a date that may take lives out of them has been fixed.

“It’s really sad that the government can contemplate something as critical as deregulating the petroleum sector without thinking it through, without consultation and without a robust debate.”

NANS demanded that the Federal Government rescind the plan to remove fuel subsidy till adequate arrangements like refining at home and utilising our petrochemical by-products are made.

See How Much Nigeria Will Save From Subsidy Removal – Sylva

“Then, after that, there will be a robust discussion by all stakeholders to deal with associated socioeconomic issues and discuss the details of the new regime. It is only on this condition that there can be a corresponding social equilibrium, economic prosperity, job and wealth creation for Nigerians,” the statement read.

NANS in conclusion admonished all comrades, allies, and structures of NANS to be on the alert and not be swayed or distracted.