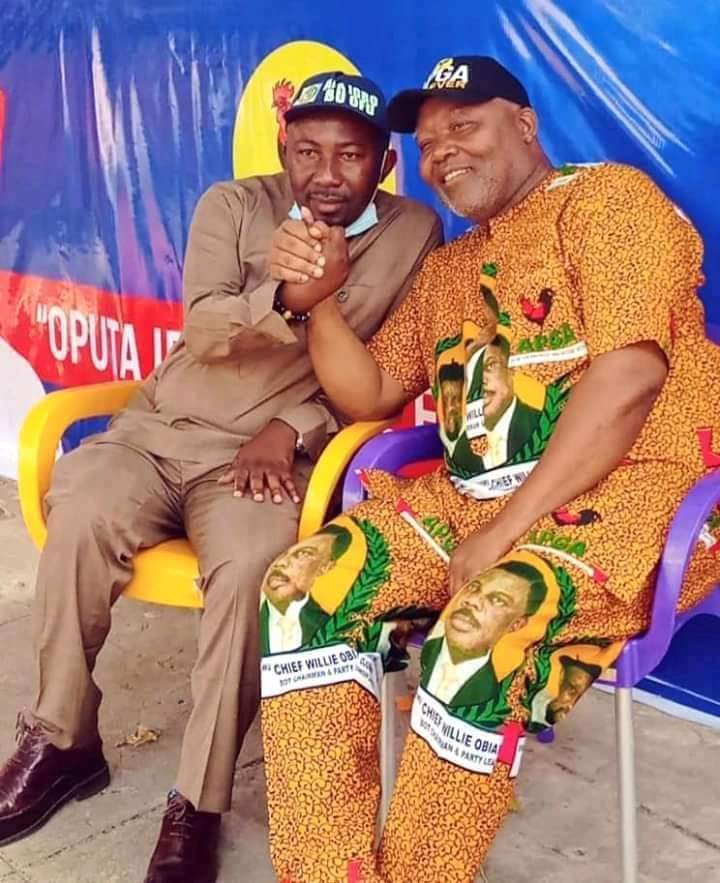 In a press release by the Joint Executive Council (JEC) of AfaIgboBuOfu Movement on 25th November 2021, through it’s National Director Media & Publicity, Hon Ikedinobi Johnhilary Rapuluchukwu revealed that the National leader of the group, Onyedika Chukwuma (Acobarry) has been suspended indefinitely.

The group revealed that Onyedika was suspended due to gross misconduct, abuse of office, mismanagement of public funds and persistent exhibition of dangerous characters not in line with the basic founding tenths of AfaIgboBuOfu Movement.

Unbelievable: Man ‘Arrests’ A Deity In Nsukka, Reveals Why

However, the group elected a new National leader in the person of Arch Uganaeme Emeka Donatus (Ozuomee).

Read the full Press Release Below:

The joint Executives Council (JEC) of AfaIgboBuOfu Movement which was held on the 24th and 25th of November 2021 in Awka.

In the meeting resolution, a vote of no confidence was passed on Onyedika Acobarry Chukwuma for gross misconduct and abuse of office. The Executive Council after carefully reviewing the charges of gross misconduct, abuse of office, mismanagement of public funds and persistent exhibition of dangerous characters not in line with the basic founding tenths of AfaIgboBuOfu Movement approved the outright suspension and removal from office, withdrawal of all rights and privileges accrued to the office of the National Leader.

The JEC also resolved to derobe him of his status as the National Leader and further SUSPENDS him indefinitely from the Association.

In line of the foregoing, a new national leader was also elected and confirmed by the entire members of JEC

To this end, Onyedika Acobarry Chukwuma from this day 25th of November 2021, seize to seen or to be addressed as the National of the movement.

Going further, Arch Uganaeme Emeka Donatus has been elected and confirmed to lead the movement with effect from this day 25th November 2021

Arch Uganaeme Emeka Donatus is now the Authentic National Leader of AfaIgboBuOfu Movement to the glory of God.

The JEC further transferred all powers and privileges accrued to the office of the National Leader to Arch Uganaeme Emeka Donatus who was formerly the Orumba North Local Government Coordinator in line with the pursuance of the association guiding principles.

To whom Much is given, much is expected.

NB: All correspondence to be addressed to the office of the national secretary.

Why Buhari Should Apologise To Nnamdi Kanu Before Releasing Him – Nzuko...