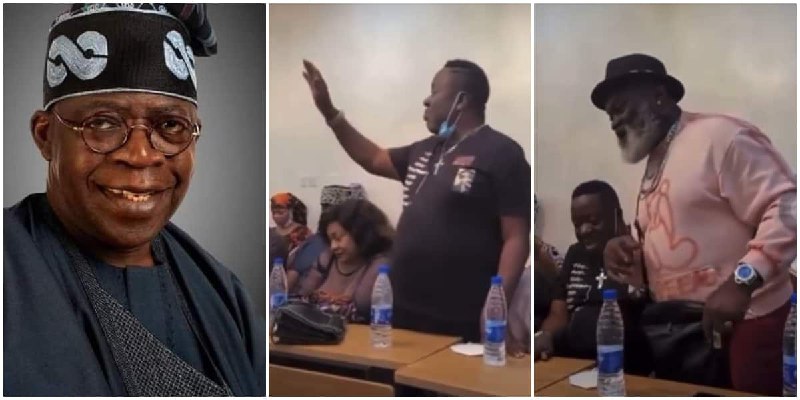 Nollywood actor John Okafor, better known as Mr Ibu, has endorsed the National Leader of the All Progressives Congress (APC), Bola Tinubu, to run for the 2023 presidential election.

In the two minutes long video shared online, the comic actor was seen with a group clamouring for Sen. Bola Tinubu to join the race to succeed President Muhammadu Buhari.

In the conference themed, “South West Stands with Asiwaju Bola Tinubu“ 62-year-old actor Harry B Anyanwu and Mr. Ibu alongside some other Nollywood actors and actresses were in attendance.

How I Was Poisoned Twice By My Workers – Mr Ibu Recounts

In another 30-seconds video, members present at the meeting were also seen singing a praise song for Tinubu.

Groups loyal to Tinubu, like SWAGA and the Tinubu Support Group, are rooting and calling on Tinubu to run for the presidential election in 2023.

The APC leader, however, has not come out publicly to declare an intention to run for office.