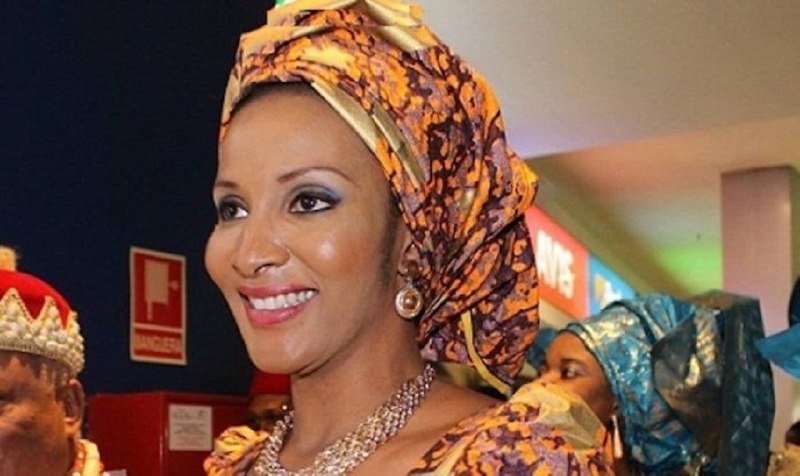 The release of the leader of the Indigenous People of Biafra (IPOB), Nnamdi Kanu, will demonstrate President Muhamammadu Buhari’s generosity to the South East people.

Bianca Odumegwu-Ojukwu stated this during the 10th year memorial lecture in honour of her late husband, Chukwemeka Odumegwu Ojukwu, which was held in Owerri, the Imo state capital on Friday.

She appealed to the President to see the release of Kanu as a way to appease the Igbo nation who have been marginalised and to end to the recent agitations in the South East region.

What Ojukwu Told Me About Nigeria’s Survival – Bianca Ojukwu

Bianca submitted that the clamour for secession is a direct consequence of perceived inequality in the distribution of resources and political appointments in the country.

She added that Kanu’s release will show that the President is committed to healing the wounds inflicted by the killings and arrest of Igbos over the years.

She, however, urged Buhari to consider the request for the release of the Biafra agitator made by some Igbo leaders during their recent visit to the State House, Abuja.

In other news, the Northern Youths Council of Nigeria has commended the recent ruling of a Federal High Court, Abuja which declared bandits as terrorists in Nigeria.

Anaedoonline.ng reports that on Friday, November 26, the presiding judge of the FHC, Justice Taiwo Taiwo ruled that bandits operating in the North-west and North-central regions of the country can now be referred to as insurgent groups.

Reacting to the development in a statement jointly signed by its President, Isah Abubakar and its Director-General, Media and Publicity, Mock Samuel Kure, respectively in Kaduna on Friday, said the declaration of the FHC is appealing praiseworthy.