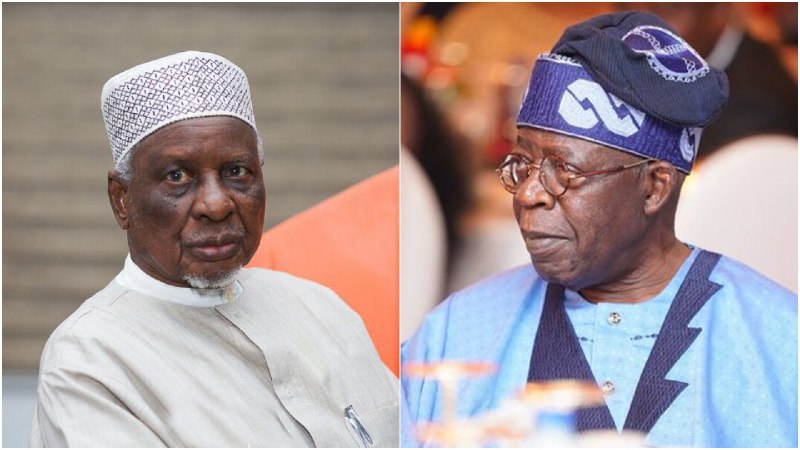 Elder statesman Tanko Yakasai has disclosed details of his recent meeting with the former governor of Lagos State, Bola Tinubu.

Anaedoonline.ng understands that the National Leader of the All Progressives Congress (APC) had visited Yakasai at his Abuja residence on Wednesday, November 24.

Numerous presidential campaign posters of Tinubu have been spotted in different parts of Nigeria recently. Also, different political groups have declared their support for the politician to join the 2023 Presidential election race.

Though Tinubu has yet to publicly declare his intention to contest any office in 2023, Yakasai has, however, disclosed that Tinubu had visited him to seek his support for his presidential ambition against 2023 general elections.

The founding member of the Arewa Consultative Forumq said though he had no interest in joining any political party, he will support Tinubu for the 2023 presidency.

Anaedoonline.ng understands that Yakasai mentioned this while speaking with Saturday PUNCH on Friday.

The elder statesman added: “He (Tinubu) just came to visit me but actually I have two of them (presidential aspirants) that I have earmarked right from the beginning and I made a vow that any one of them who came to ask for my support first is the person I would support. Tinubu is the first person.”

When asked whether Tinubu told him he would be contesting for President in 2021, Yakasai said, “He (Tinubu) did and he asked for my support.”

Yakasai, however, said he didn’t disclose to Tinubu, during the visit, that he would support his ambition.

While reiterating his determination to back the APC National leader, Yakasai said it is important first that interested aspirants should scale the hurdles of primary elections in their various political parties “then we will begin to compare them.”