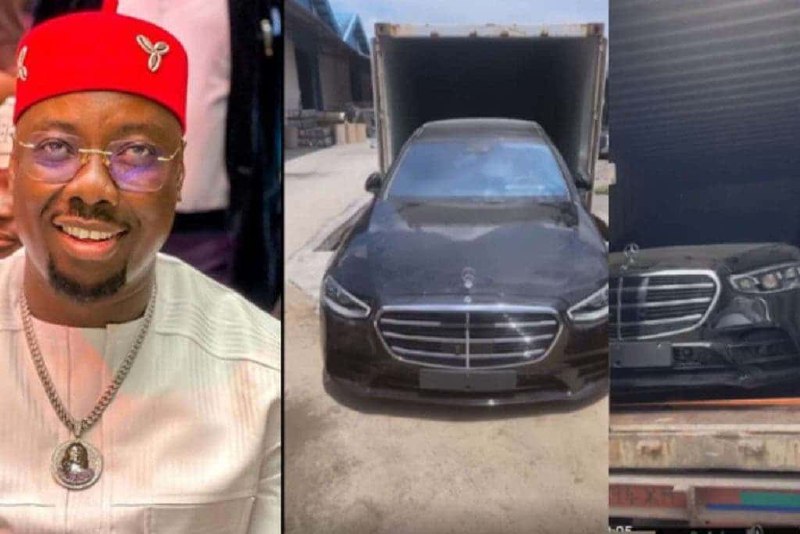 The socialite has added to the list of his cars despite the recent issues he has been battling with, starting with his detention by the Economic and Financial Crimes Commission and the death of a Nigerian lady at his club, Hustle and Bustle club in the Aminu Kano Crescent area of Wuse, Abuja.

The development was disclosed by Cubana’s, Chico who took to his Instagram story to share the news of the car, he wrote “Congrats boss @obi_cubana, Its plenty”

This is coming after a video surfaced on the internet showing the moment a lady slumped and died at Abuja Club, Hustle & Bustle.

The club which is reportedly owned by the renowned socialite, Obi Cubana is understood to have been shut down hours after the incident.

Anaedoonline.ng had reported a week ago that a woman identified as Susan was electrocuted around the exit of the popular Hustle and Bustle club located in the Aminu Kano Crescent area of Wuse, Abuja.

The electrocution was reportedly caused by a buried metal on the floor of the clubhouse.

The incident was said to have been reported to the police immediately and an investigation has since commenced on the happening.

A video now viral on the internet, showed the moment the lady who was walking out of the club with two other men slumped and caused stirs as clubbers stood in fear.

The lady was seen lying unconscious on the ground as clubbers made frantic efforts to resuscitate her.