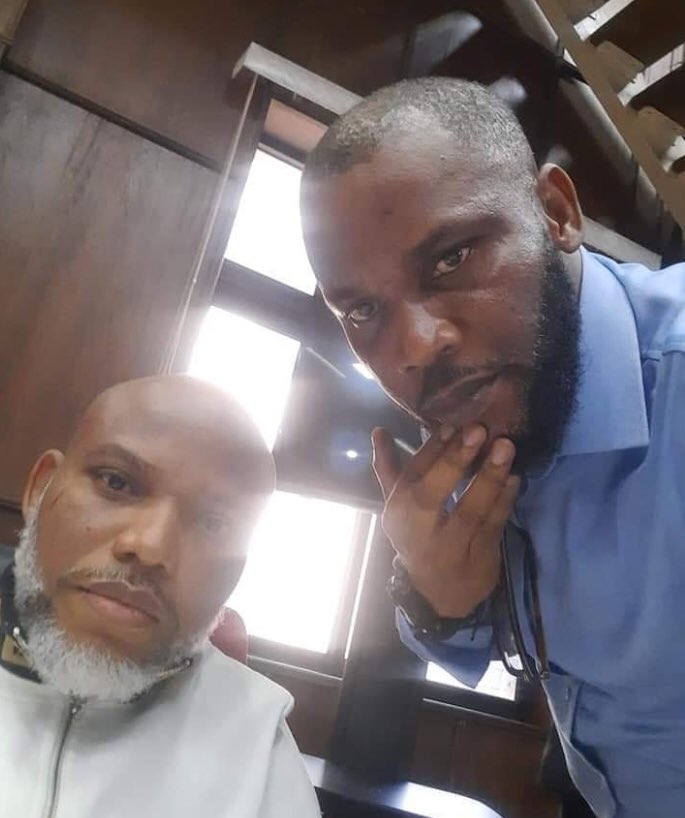 The younger brother of Nnamdi Kanu, the leader of the Indigenous People of Biafra (IPOB), Kanunta Kanu, has exonerated the group from the killing of two police officers in Anambra State.

Anaedoonline.ng reports that the Anambra Police Command had said that some unknown gunmen killed the policemen and burned their bodies.

A statement on Sunday by the command’s spokesman, Ikenga Tochukwu, said the slain officers were travelling with their colleagues when they were ambushed by the gunmen last week Thursday.

Tochukwu stated one officer is still missing while other officers escaped the ambush and rescue two civilian drivers travelling with them.

He added that the gunmen attacked a police rescue team and threw bombs at the police vans.

He said: “In the attack, two police officers were killed and their bodies were burnt while one of the officers is still missing.”

But in a reaction on his Twitter page on Monday, Kanu denied the involvement of IPOB and the Eastern Security Network (ESN) in the attack on the security agents.

He wrote: “The only crime #IPOB could be accused of is arousing the consciousness of the masses to see the danger before them. #ESN has nothing to do with the killing in #Biafraland ask @NGRPresident they’re sponsoring it.

Why is it difficult for them to label #Herdsmen a terrorist group?”