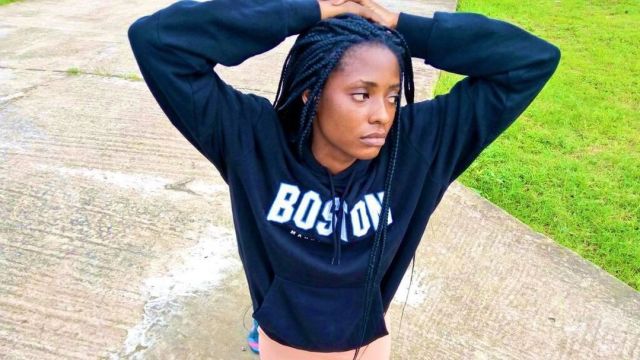 A Nigerian lady has shared a hilarious exchange between her and her younger brother after she mistakenly sent him 100k instead of 10k.

The social media influencer identified as Omotara Akanni, shared screenshots of their chat on micro-blogging platform, Twitter, and explained that she wanted to transfer N10,000 to her brother but mistakenly added an extra zero (0), so she unknowingly sent him N100,000.

When she noticed the error she sent him a message asking him to send back the extra N90,000 and their exchange afterwards was rib cracking.

Unbelievable: ‘Kidnapper’ Mistakenly Boards Vehicle Owned By One Of His Victims

Although he promised to send the money back because he’s a good boy, the lady threatened that he had no choice else that would be his inheritance as her next of kin.

See screenshots of their chat below, 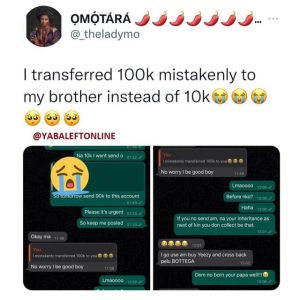 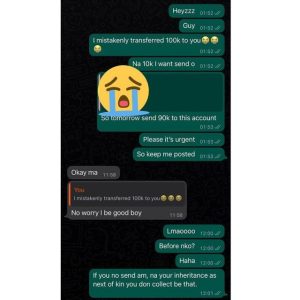 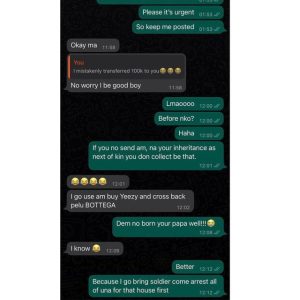 Reacting to the tweet, netizens shared what their siblings would probably do in that situation.

phuulish boy will slay on my cash”.

@callme.shara, “My younger siblings are lovely, they will send it back, them nor fit do their mama bad thing”.

@w.u.r.a.h, “My lil sister is on this table…the weyreh even blocked me

@spicybitz, “Not in my house! We don’t make mistakes like this else it’s fly away Peter, Fly away Paul”.