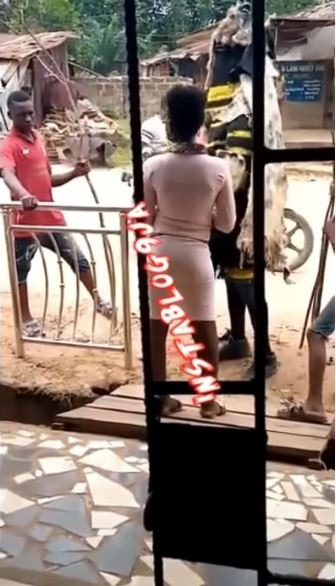 Mixed reactions flood the social media space after a masquerade was spotted wooing a lady in a viral video.

In the clip, the masked man who was supposed to be on his duty of representing the gods and depicting tradition could be spotted getting a lady’s phone number with the sole purpose of keeping in touch later on.

According to the voices in the background, the masquerade also asked the lady if she’s on WhatsApp and told her to dial the number she entered on his phone for him to confirm it is valid.