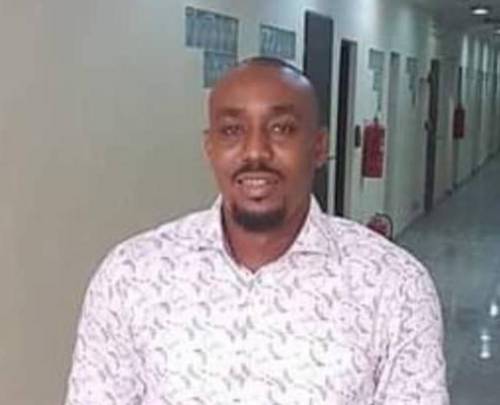 An operative of Nigeria’s secret police, the Department of State Services (DSS), identified as Samson Enweruzo is behind some of the extrajudicial killings and brutalisation of people in the South-East, in the name of finding Biafran agitators.

According to Saharareporters, Enweruzo, who hails from Imo State, was involved in the invasion of the home of one Chuks Egwuatu and the illegal arrest and torture of four of his (Egwuatu’s) siblings.

We had reported how secret operations suspected to be targeted at eliminating Igbo youths started on Monday, 8th November 2021 when security agents invaded the house of Egwuatu at Asha Street, Topland Amechi Road, Enugu State, by 5 pm with the aim of taking him away secretly for elimination without a trace.

A civil society group, the International Solidarity for Peace and Human Rights Initiative (Intersociety), had drawn attention to the illegal raid in a letter to the Executive Secretary, National Human Rights Commission, dated November 10, 2021.

The group had also sent copies of the letter to the Inspector-General of Police, the Director-General of the DSS, Amnesty International and other organisations, detailing how four siblings of Egwuatu, including a minor, were arrested when the security operatives could not find him. See Also

According to Intersociety, on failing to arrest Egwuatu, the security operatives took away four of his siblings, claiming they were DSS operatives in Enugu and that Egwuatu should report to the agency’s office to secure the release of his siblings.

A top source in the DSS has however identified Enweruzo as supporting extrajudicial killings in the South-East and notorious for forcing false confessions out of persons suspected to be members of the pro-Biafra group, Indigenous People of Biafra (IPOB) or its militant wing, Eastern Security Network (ESN).

Newsmen learnt that Enweruzo studied at Government College, Owerri and the Federal University of Technology, also in Owerri, the Imo State capital.

“He is supporting the extrajudicial killing of Igbo youths,” the source said.

“He forces any youth he arrests to accept being a member of ESN, and then he brutalises them. He is currently in Enugu with his team; he came on special duty to the East.

“He is confirmed to be involved in raiding Chuks Egwuatu in Enugu and torturing his siblings.

“He slaughtered tens of youths in Anambra this year, went to Imo State and did same this year. Then he came to Enugu and has killed four youths extra-judicially, tortured the siblings of Egwuatu such that all of them went home with scars on their bodies.” 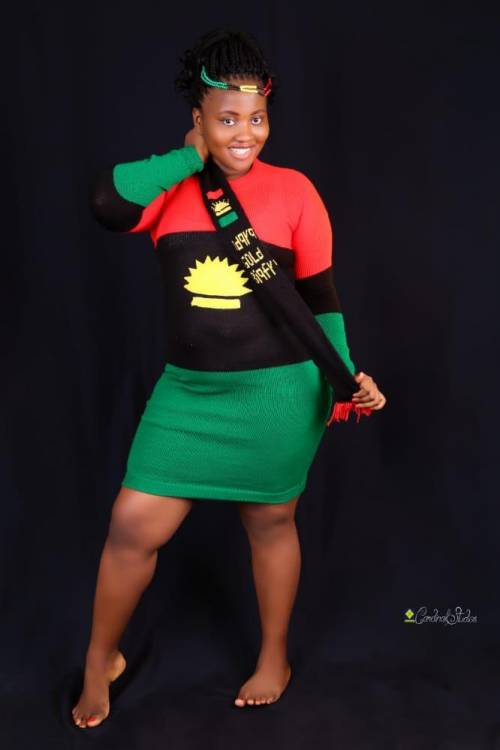 Idara Godwin, also known as Idara Gold, 22, was arrested for wearing an attire inspired by the Biafran flag to celebrate her birthday on October 18, 2021.

A source confirmed to SaharaReporters that Enweruzo spearheaded the operation that led to the arrest and detention of the young woman.

“It is confirmed that Enweruzo led the operation, arrest and torture. The girl (Idara Godwin, aka Idara Gold) was taken to Abuja and is still there; she is being tortured and not given access to visitors and relations.

“Her offence was the colour of her dress,” the source said.

It had also demanded “adequate monetary compensation” for them, adding that relevant authorities should apologise to them in national newspapers for the violation of their fundamental human rights.

“We call on DSS and Police in Enugu state to ensure that the perpetrators of the acts of invading the house of Mr Egwuatu by 5 am be treated as kidnappers irrespective of the agency they represent and be prosecuted as such,” the petition had also noted. 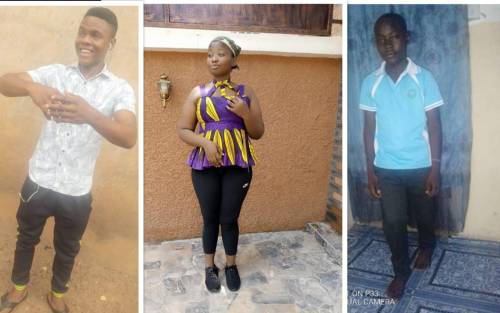 Other Victims Of Enweruzo, Including A Minor

Ifeanyi Ejiofor, a counsel for the leader of the Indigenous People of Biafra (IPOB), Nnamdi Kanu had said legal action would be taken against the DSS for arresting and detaining Idara Gold.

“We are on the matter, we have called the DSS in charge of the case. They denied having her in their custody. We are on it, we have made contact with somebody, one of the family members of the persons arrested. We are on it and preparing to take action against it,” Ejiofor had told reporters in the second week of November.