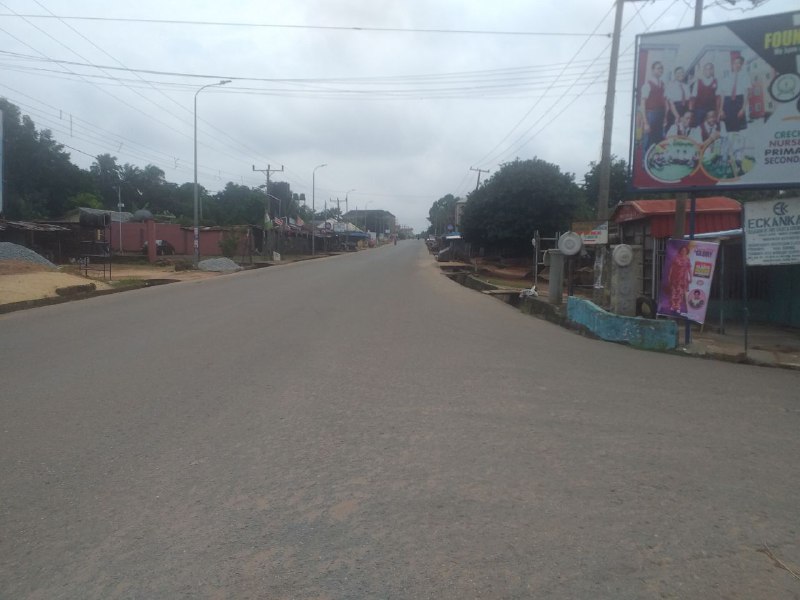 Onitsha and Nnewi, the commercial and industrial nerves of Anambra State, respectively, were grounded on Tuesday, as traders and businesses, including banks, closed shops to observe the prayer appeal by the Indigenous People of Biafra, IPOB, for its leader, Mazi Nnamdi Kanu.

Schools were not left, as primary and secondary school children were seen returning home.

Parents and guardians were also seen rushing to take their children and wards home.

Traders, who rushed to their businesses as usual for every Tuesday, since they continued to observe the IPOB suspended Monday weekly sit-at-home, were seen rushing back home.

They were not allowed to enter their market by their respective market leaders.

Onitsha Main Market, Ochanja Central Market, over 28 markets that make up Bridge Head Market, and their counterparts in Nnewi, including Nkwo Nnewi Market, Agbaedo Market and others were shut down to observe the prayer appeal.

According to IPOB’s Media and Publicity Secretary Emma Powerful, there was no time IPOB issued a sit-at-home over its appeal for prayers for its leader, Mazi Nnamdi Kanu.

“We have cancelled everything about sit-at-home except on the days our leader is appearing in court,” said Powerful.

There was, however, normal vehicular and human movement on the streets and roads in Onitsha and Nnewi.

However, IPOB expressed surprise that the traders and private business operators including banks will shut down just because of mere appeal it made for prayers for its leader Mazi Kanu.

They said: “We did not issue any shut down today. What we appealed to the public for was prayers for the unconditional release of our leader, Mazi Nnamdi Kanu, and not for a sit-at-home.

“We have since cancelled and suspended all sit-at-homes except on the days our leader appears in court as Igbo elders demanded.

“Continued observance of Mondays’ weekly sit-at-home is a distractions to our people and we do not intend to add to Nigerian Federal government humiliation of our people.

“We are sure they will obliged us when we feel sit-at-home is necessary, not the sit-at home they are forced to obey by hoodlums, who wants to tarnish our image.”