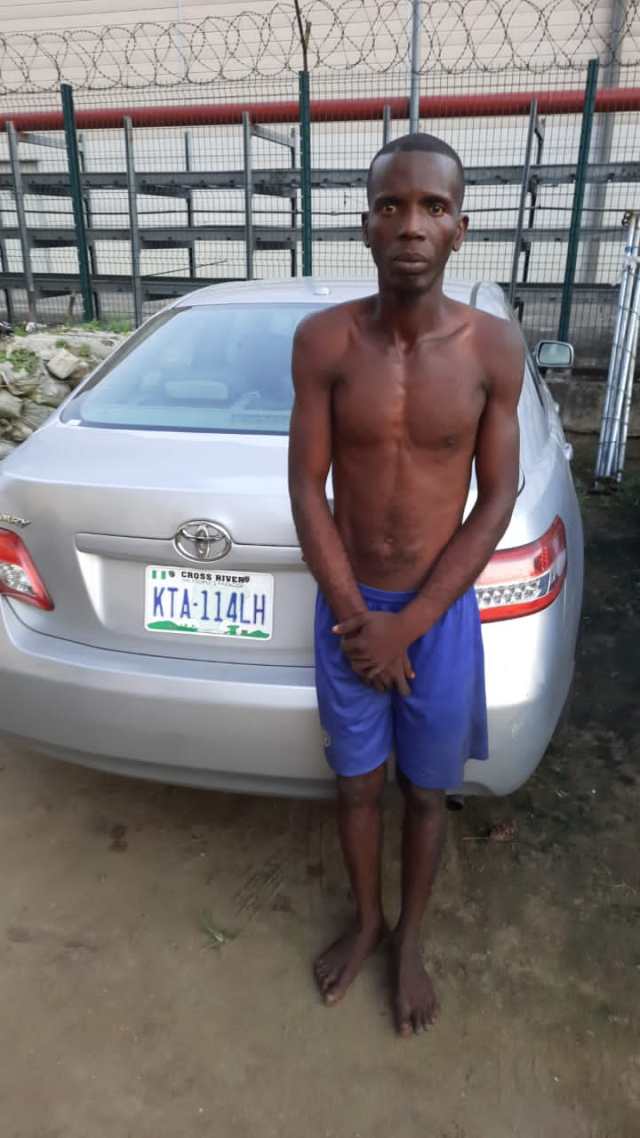 The Cross River State Police Command arrested one Godswill Ezekiel Ugbe, a gateman, for trying to sell his employer’s car, estimated to cost N3 million for only about 10% of its worth.

The suspect got nabbed by the Anti-Kidnapping and Cultism Squad while he was driving the car to a buyer’s place along Atimbo/Akpabuyo Road.

According to a report by Vanguard, a security source said the Car, a Toyota Camry with Reg No: KT 114 LH, was recovered through intelligence-led policing by Dragon squad.

It was reported that while on patrol along Atimbo Akpabuyo road, the Dragon squad sighted a Toyota Camry which they suspected was stolen, on approaching the vehicle the driver zoomed off heading towards Bakassi where Dragon chased him and apprehended him.

“He is a gateman employed to safeguard a compound and some cars since the owner and his employer lives abroad, but he decided to try selling off one of the cars.

Unfortunately for him, men of the Anti Kidnapping and Cultism Squad, AKCS, on patrol suspected that the car was stolen and went after him, after his arrest they discovered he was trying to sell the car for a meagre N350,000, that car is about 3 million naira.

He has confessed to the crime and would be charged to court as soon as possible.” 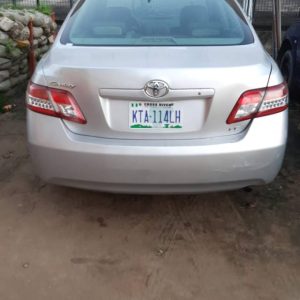