World AIDS Day: WHO Reveals How Many People Killed By AIDS In Africa In 2020 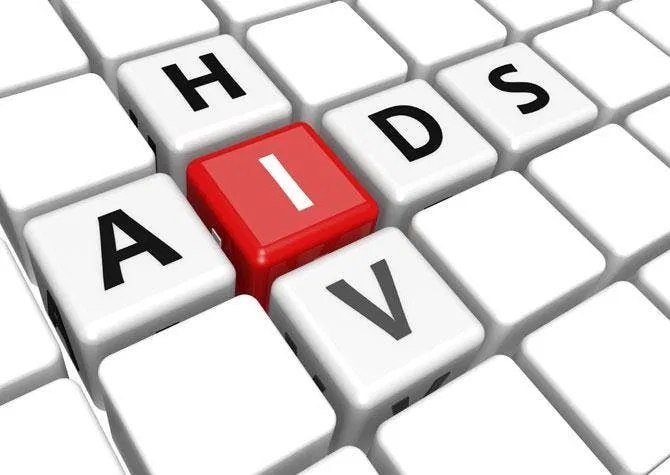 On this year’s World AIDS Day, the World Health Organisation, WHO has disclosed that a total of 460 000 people were killed by AIDS, meaning that a shocking 1,300 people died every day in Africa despite free access to effective treatment in the region.

WHO, however, noted that despite the challenges, Africa has made significant progress against HIV in the past decade, reducing new infections by 43 per cent and nearly halving AIDS-related deaths?

Disclosing these in a message to mark the 2021 World AIDS Day with the theme: “End inequalities: End AIDS. End pandemic”, WHO Regional Director for Africa, Dr Matshidiso Moeti, said: in the region, 86 per cent of people living with HIV know their status, and 76 per cent are receiving antiretroviral therapy.

“It’s taken more than two decades of hard work by leaders, health workers and communities, illustrating what is possible when the health and welfare of mothers and children are prioritised.

“Despite the very high percentages of people living with HIV who know their status, and treatment rates, new HIV infections and AIDS-related deaths are not decreasing concomitantly,” Moeti stated.

She noted that it was critical for Africa to reach those who are fuelling the epidemic, address the persistent inequities in the provision of quality care and interventions.

“For instance, in West and Central Africa last year, key populations and their sexual partners accounted for 72 per cent of new adult HIV infections. Yet punitive laws, policies, hostile social and cultural environments, and stigma and discrimination, including in the health sector, prevent them from accessing services,” she noted.

Moeti stated that in Sub-Saharan Africa, young women are twice as likely to be living with HIV than men.

“For adolescents aged 15 to19 years, three in every five new infections are among girls who don’t have access to comprehensive sexuality education, who face sexual and gender-based violence and live with harmful gender norms. They also have less access to a school than their male peers.

She said with COVID-19, people living with HIV appeared to be at elevated risk for virus-related illness and death.

“Nearly 70 per cent live in the WHO African Region, where only 4.5 per cent of people are fully vaccinated against COVID-19.

“As efforts to tackle COVID-19 continue gathering force, and the world prepares itself against future pandemics, we risk repeating many of the same mistakes that have kept us from ending AIDS. Addressing inequality is critical to ending both AIDS and COVID-19 and preventing future pandemics – potentially saving millions of lives, and safeguarding our society.

“We must ensure that everyone, everywhere, has equal access to HIV prevention, testing, treatment, and care, including COVID-19 vaccinations and services.

“Global solidarity and shared responsibility are critical components of the kind of rights-based approach we need if we are to end HIV/AIDS and COVID-19.

See Number of Nigerians Who Enrolled On Life-Saving HIV Treatment

“As we remember those who have lost their lives to AIDS this year, we also acknowledge the terrible death toll the coronavirus pandemic has taken and continues to take.

“Going forward, we cannot afford to lose focus on the urgent need to end the inequities that drive AIDS and other epidemics around the world.

It has been 40 years since the first HIV cases were reported. Yet, in Africa and globally, it remains a major public health concern, she added.