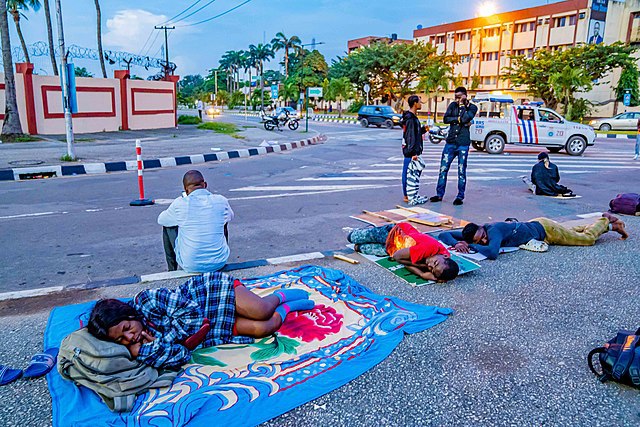 A group of aggrieved women, who claimed to have lost their loved ones during the October 20, 2020 Lekki Tollgate shootings, stormed the Ikoyi residence of Lagos State Deputy Governor, Dr. Obafemi Hamzat, in protest over the incident.

The protest followed claim of various inconsistencies identified by Lagos State Government in the report of of the Judicial Panel of Inquiry on General Police brutality cases and Lekki incident investigation, led by Justice Doris Okuwobi, in the White Paper released.

The state government had earlier on Tuesday, released its White Paper on the report of Justice Okuwobi panel, rejecting the claim that nine people died at the Lekki Tollgate October 20, 2020.

However, to express their grievance, the women group organised the protest led by Adetoun Onajobi, popularly known as Just Adetoun, one of the #EndSARS protesters Sanwo-Olu invited for a peace walk.

The women later dispersed, prevailed on to leave by the aides as the Deputy Governor, who said he was not available at the particular time.

A senior official in the office of the deputy governor, who spoke in confidence, said: “The protest actually took place.

“We were told by the aides at the residence, but the Deputy Governor was not around to receive them as he was at two different state’s assignments in Victoria Island and Ikeja.