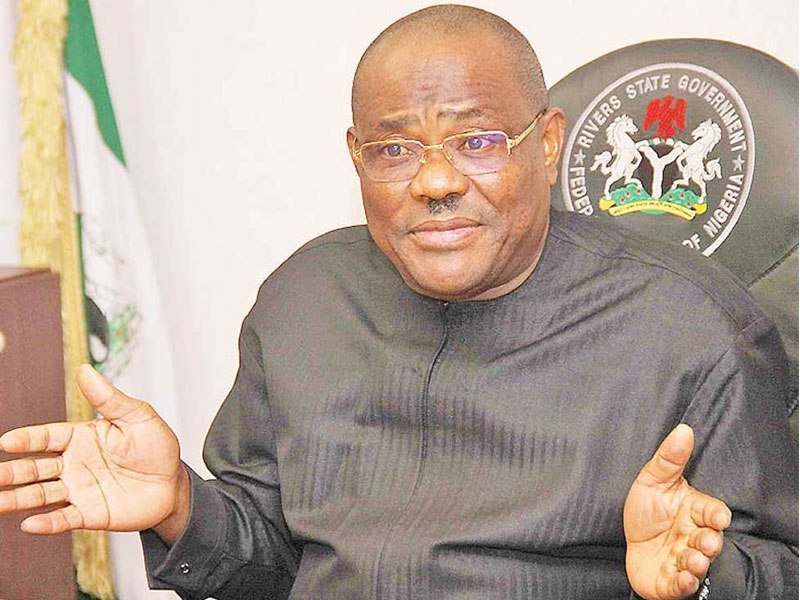 Rivers State Governor, Nyesom Wike has revealed that he will only support a person who is prepared to lead and not just bear the title of ‘president’ to emerge as the 2023 presidential candidate of the Peoples Democratic Party (PDP).

He added that whoever would emerge as the 2023 presidential candidate of the PDP must be ready to confront the ‘evil’ called APC.

This is as he predicted that there will be turbulence in the PDP for the presidential candidate of the party to emerge.

The Governor however assured that the kind of turbulence he is envisaging is not the type that will tear the party apart but the process won’t be easy.

Wike made the submissions on Thursday in an interview with a national television in Port Harcourt, the Rivers State capital.

He said: “Let nobody come and tell you that in arriving at a presidential candidate that it will be easy. No way, it can never be. You know, there are two types of turbulence.

The Rivers State Governor added that he believes Nigerians are ready to vote for the PDP in 2023 as the party has redeemed itself and the ruling All Progressives Congress (APC) has also not met the aspirations of the people.

“PDP has redeemed its position towards what Nigerians are expecting, because Nigerians are tired of what is going on in the country. So they need an alternative, and the only alternative as it is today is the Peoples Democratic Party, (PDP),” he stated.

Wike submitted that “And so, if you want to run for presidency under PDP, I will not support somebody who’ll just want to bear the name of former presidential candidate, I will not agree to that. I must see that you are prepared for it, and to confront this evil called APC.”

He said even before their inauguration by December 9, 2021, they have started doing impressive work by engaging Nigerians and party members.

On who will succeed him as Rivers State Governor, Wike assured that he would not impose any candidate on the people of the state.

LATEST: Wike Calls Out Buhari Over Use of Borrowed Funds

N7 Billion Fraud: I Am Too Wealthy To Steal From Nigeria –...