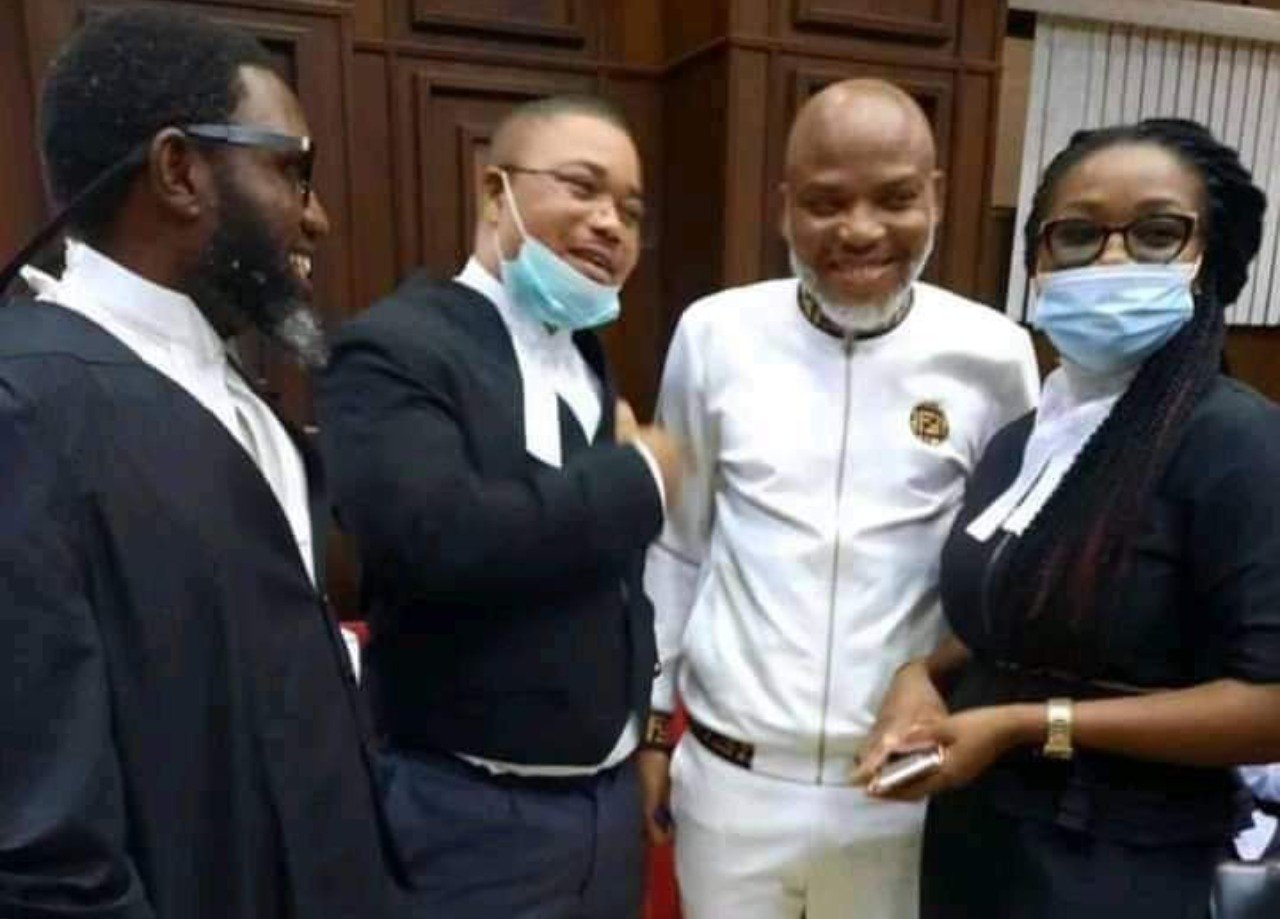 The lawyers to embattled leader of the Indigenous People of Biafran (IPOB), Nnamdi Kanu, have arrived the Federal High Court in Abuja.

The legal team, led by Mr Ifeanyi Ejiofor, are set to engage in a legal battle against the team of the federal government.

It was gathered that Ejiofor and his team arrived the court as early as 8am with over 50 others already inside the court room.

Reports suggests that security is relaxed from the Court’s main gate to that of the Court door, which is unlike previous sittings.

Nnamdi Kanu, the IPOB leader, has not been brought to the court as at the time of filing in this report.

According to report, Kanu’s bail motion would be entertained by Justice Binta Nyako later in the day after attending to regular matters slated for the day.

Anaedoonline.ng reports that Nnamdi Kanu is facing an amended 7-count charge bordering on treasonable felony and acts of terrorism which were brought against him by the Federal Government after his re-arrest and repatriation to Nigeria in June this year