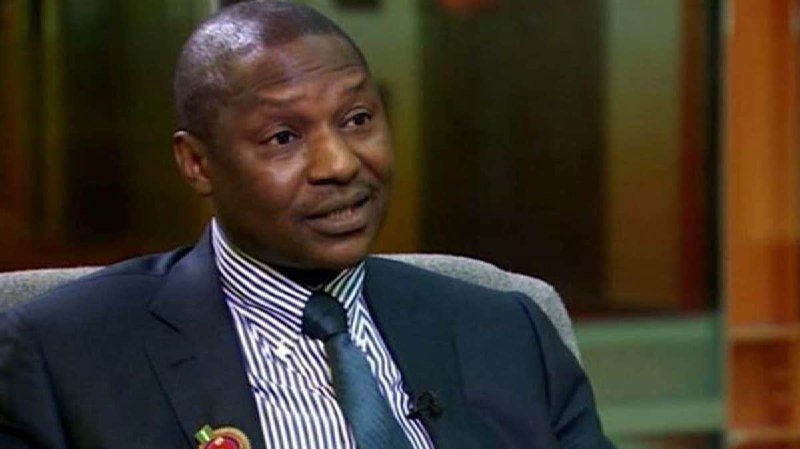 The Minister of Justice and Attorney-General of the Federation, Abubakar Malami (SAN), says anyone who kidnap innocent citizens for ransom is qualified as an insurgent.

Malami, while speaking in an interview on Channels Television on Wednesday night, said apart from bandits, kidnappers can also be termed as terrorists following a recent court judgement.

Recall that Justice Taiwo Taiwo of the Federal High Court in Abuja had last week Thursday declared the activities of bandits in the country as acts of terrorism.

The presiding judge banned anyone from participating in any form of activities concerning the prosecution of the two main groups under any other name or platform.

He, therefore, ordered the Federal Government to publish the prosecution order in the Official Gazette and two national dailies.

The ruling had followed an ex parte motion filed by the Director of Public Prosecutions of the Federation, Mohammed Abubakar.

Abubakar had told the court the ex parte application filed to tag bandits as terrorists was given by President Muhammadu Buhari.

Speaking on the proscription of bandits, Malami noted that the court ruling had been gazetted and would soon be published as directed by the court.

The minister also disclosed that all the relevant security agencies had been notified of the court judgement.

He said, “It is in the process of being gazetted but the order has been procured and obtained. It is being gazetted and publication will come up very soon.

“If you kidnap using force, using arms, you are qualified as a terrorist within the dictates and determination and the judicial decision done by the court. You have come within the purview and ambit of the Terrorism Act and you will be accordingly and decisively dealt with.”

On the call for amnesty for bandits by a popular Islamic scholar, Sheik Ahmad Gumi, the minister said the government is not considering the option.

Malmi exonerated the government from the activities of the cleric, saying that Gumi is not dialoguing with bandits on behalf of the federal government.