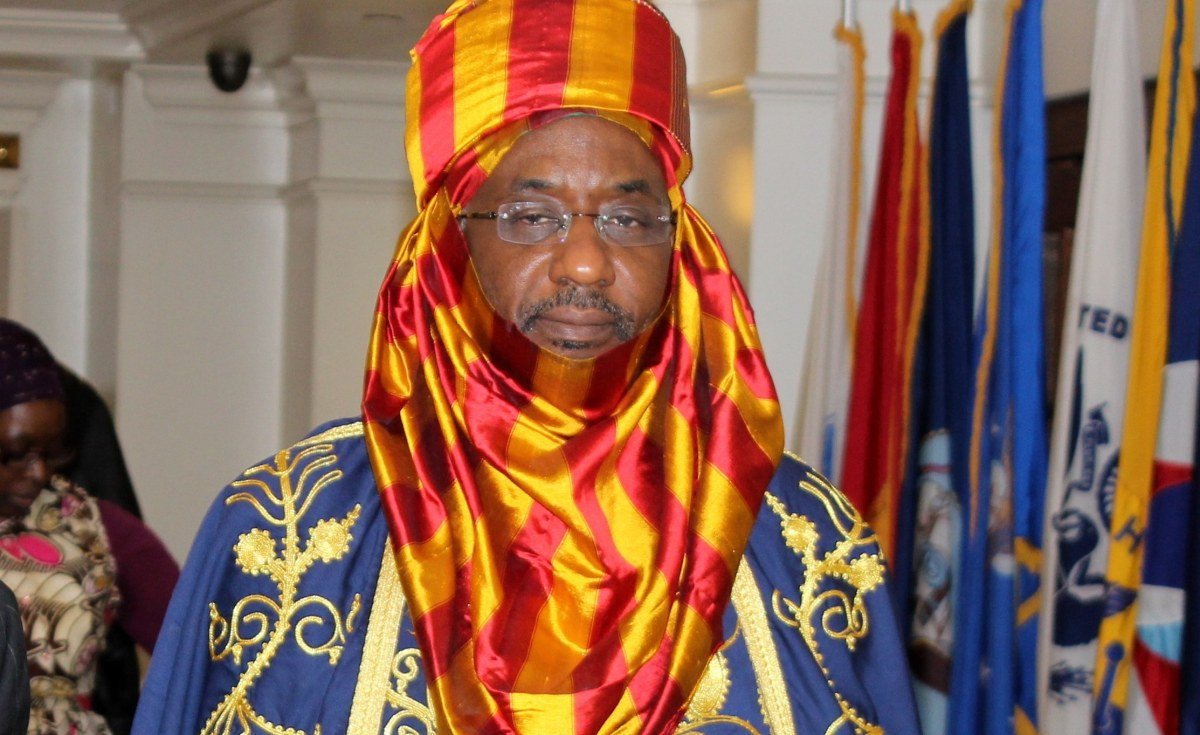 The former emir of Kano State, Sanusi Lamido Sanusi’s legal counsel, Nureni Jimoh, was reportedly locked up in his office in Kano on Wednesday, December 1.

Jimoh was the lawyer who led the suit that challenged Sanusi’s banishment from Kano State by Governor Abdullahi Ganduje‘s government in 2020.

Anaedoonline.ng reports that the Kano State government was on Tuesday, November 30 ordered to apologize to the former Emir of Kano, Sanusi Lamido Sanusi for banishing him to Awe, Nasarawa State after his dethronement on March 9, last year.

The directive was issued by Justice Anwuli Chikere of the Federal High Court in Abuja while delivering judgement on a case before her bordering on Sanusi’s dethronement and subsequent banishment from Kano State.

Justice Chikere held that the action of the Kano State government was not only unlawful but also a violation of the human rights of Sanusi as contained in Section 34 of Nigeria’s constitution.

She submitted that it was wrong for security operatives acting on the directive of the Kano State government to have forcefully moved the former traditional ruler out of Kano.

Anaedoonline.ng claimed in a report that Jimoh while speaking with its correspondent on the phone, alleged that he was locked up and could not come out from his office on Wednesday, saying he notified the Director of State Security.

The report quoted a source reacting to the development as saying that the backlash of the judgment against Governor Abdullahi Ganduje and the Sanusi judgment has begun.

“Nureini Jimoh, who is the lead counsel in the APC case and part of the legal team for Emir Sanusi has been attacked by Kano State Government,” the source who pleaded anonymity reportedly said.

He disclosed further that “a team of policemen and some staff of the Ministry of Land stormed the Counsel’s office and locked him inside with a padlock.

“For now, the counsel and his staff cannot go in and out of the office, as the two access gates to his office have been padlocked and sealed.”

The source, however, stated that the Counsel remained mute and is preparing to get out of office by scaling the fence & to leave the State for fear of further attack.

Another who also spoke on anonymity asserted that Jimoh may have been owing tenement, which he has not paid and the authority may have been there to effect the order of sealing the office for non-payment of the purported amount he is owing.

LATEST: Sanusi Exposes Two Persons Who Are Destroyers Of Nigeria

“Why should that action be within 24 hours after the judgment?”, another source queried.

Anaedoonline.ng understands that Jimoh has not responded yet to why he was locked up inside his office.

It is yet unclear if his lock-up was due to non-payment of alleged tenement rate or have anything to do with an Abuja Federal High court judgment he secured in favour of ex- Emir Sanusi.

Anaedoonline.ng understands the said seal placed on the entrance to the main building of Jimoh’s office had been removed as at the time reporters visited the office located at No. 16, Murtala Muhammad Way.

A staff of the Ministry of Land who reportedly spoke with the journalists said “the Ministry sealed the building, based on the directive from the Permanent Secretary.”

The staff further disclosed that the Permanent Secretary directed them to remove the seal and unlock the premises. However, many occupiers of the office said people who came to seal up the main building came along with security operatives, who were armed.

“From investigation and interview conducted with some of the occupiers of the office, they said no police were among those that came to seal up the office,” said the Police Public Relation Officer of the Command, DSP Haruna Kiyawa, when contacted on the phone.

Why Ganduje’s Wife, Hafsat Was Arrested By EFCC – Kano Govt Opens Up