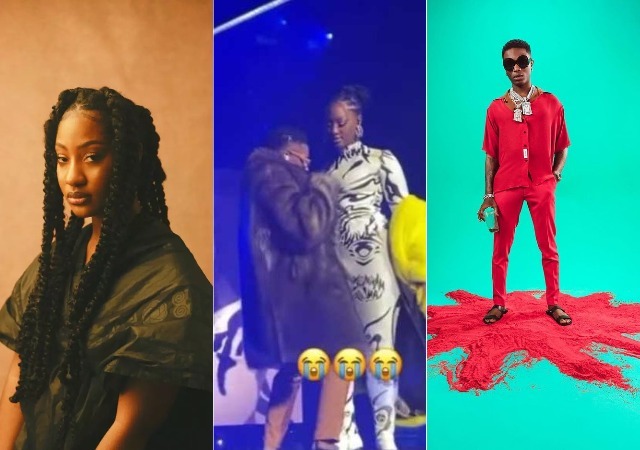 Grammy-nominated singer, Tems, reacts following the uproar on how superstar singer, Wizkid, touched her inappropriately while performing on stage.

This is coming after fans attacked Wizkid for trying to lift Tems and getting touchy during a performance.

In reaction to the social media uproar, the outstanding female singer addressed the situation as that which is not so serious as fans took it.

In Tems‘ words, “Wiz is my brother, someone I look up to and I’m grateful. He’s human and I am human. I love him and that’s not gonna change.”

Bbnaija: Why I Didn’t Allow Frodd To Touch Me Inappropriately -Esther

Recall that Social media had gone agog following a short clip of superstar singer, Wizkid trying to lift up Tems on stage in London.

The hilarious clip was captured during the ongoing ‘Made In Lagos’ Concert in the O2 Arena, London, while performing their monster hit titled ‘Essence’.

During their performance, they moved closer to each other and Wizkid did what nobody anticipated.

He grabbed Tems by her backside and tried lifting her up although and this made the crowd go wild.

She however, did not allow him to carry out his ‘weightlifting intention’ as she subtly brought down his hands and disengaged from him.