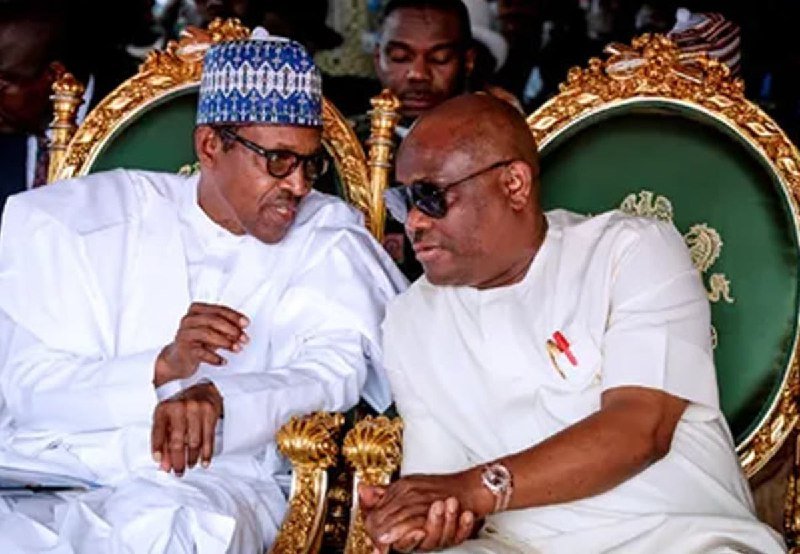 Rivers State Governor, Nyesom Wike has said the body signs from President Muhammadu Buhari have shown that he won’t assent to the electoral amendment bill transmitted to him recently by the National Assembly.

Wike who expressed confidence that the President won’t sign the bill said Buhari will eventually come up with an excuse to reject the bill.

The Rivers State Governor added further that the bill is dead on arrival alleging that even the stakeholders within the ruling All Progressives Congress (APC) don’t want the President to assent the bill as it will negatively affect their interests.

Anaedoonline.ng reports two major amendments been proposed in the bill by the National Assembly is the compulsory use of direct primaries by political parties to choose candidates for election as well as the provision to allow the Independent National Electoral Commission (INEC) to transmit election results electronically or decide otherwise.

But Governor Wike during an interview with the African Independent Television (AIT) in Port Harcourt on Thursday said he is very sure President Buhari won’t sign the bill which was transmitted to him by the National Assembly on November 18, 2021 into law.

“He will not sign it. I’m very sure. The signs are there. This Nigeria, sometimes I wonder why we belabour ourselves on certain things. Look at it very well. If you work with a system, you must understand that system — the pattern,” Wike said.

“When that issue came out between the governors and the legislators, I just laughed and I told myself ‘why are you worried about this?’ The president will not sign it — it’s dead on arrival.

“They merely created that let there be a decision. They have now passed it on to INEC. When has INEC become Buhari that will say you can do this or you cannot do this — to choose which law is good or bad?

“What they are pushing is for INEC to come up and say ‘look, the cost implication will be this’. And then Buhari will now dwell on that and say ‘based on security implications or the cost of this, I will not do this’.

“Yes, the president has always said so many things; that he wants to leave a legacy for Nigeria. One of the legacies he wants to leave is to conduct a transparent election. In 2019, why did they not sign the electoral amendment that called for this electronic transmission? The same thing is going to happen. They have told him ‘your party will be affected; your party is gone’. I know the president will not sign.”