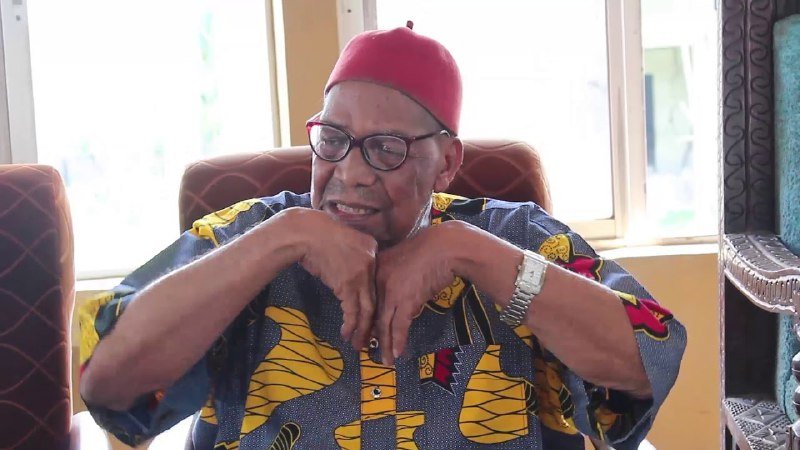 Former Minister of Aviation, Mbazulike Amaechi has visited the detained leader of the Indigenous People of Biafra (IPOB), Nnamdi Kanu, in the custody of the Department of State Services (DSS).

Anaedoonline.ng reports the former minister and lawmaker visited the pro-Biafran agitator at the office of the secret police on Thursday.

Recall that Amaechi had led an Igbo delegation to meet with President Muhammdu Buhari at the Presidential Villa over the trial of Kanu.

At the meeting, the Igbo leaders urged the President to order the unconditional release of the IPOB leader but the Nigerian leader said the delegation’s request will impede on the powers of the judiciary.

In a statement on Thursday on his Twitter page, younger brother to the IPOB leader, Kanunta Kanu, said Amaechi was at the DSS office to check up on the Biafra agitator.

He added that the former parliamentarian also briefed Kanu on the discussion Igbo leaders had with the President two weeks ago.

Kanunta, however, revealed that Amaechi visited the IPOB leader alongside the co-Chair of the Interfaith Dialogue Forum for Peace, Bishop Sunday Onuoha.

He wrote: “Chief Mbazuruike Amaechi and His Grace Bishop Sunday .N. Onuoha visited their son #MaziNnamdiKanu the leader of IPOB at #DSS Headquarters in Abuja today, where they hard a meaningful interaction.”

The Chief Whip of the Nigerian Senate made public details of his discussion with Kanu on his verified Facebook page a few moments ago.

Kalu said his visit to the office of the secret police was to encourage the embattled Biafran agitator to consider the consequences of certain actions and utterances for the sake of the Igbo people.

The senator said though his ideology and Kanu’s are on different clock hands, he will not stop to advise the agitator as a brother.

Kanu has been in the custody of the secret police following his extradition to Nigeria to face his trial on treasonable felony charges before Justice Binta Nyako of the Federal High Court in Abuja.

Recall that the IPOB leader had fled the country in September 2017 after an invasion of his home by the military.