Family of late Dowen student, Sylvester Oromoni has revealed that his late son countered claims of sustaining injuries from football before his death. 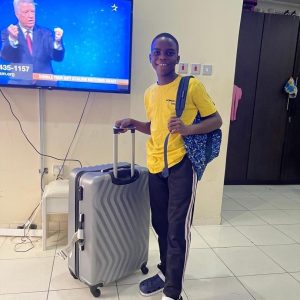 According to Sylvester’s father, his son, prior to his death, opened up that he didn’t play football in the school neither did he trip and fall.

The father added it was on November 29, when he was away for a government function, that Junior “opened up”.

In his father’s words;

“Junior said, ‘mummy, I didn’t play ball; I didn’t fall.’ He jumped off his hostel bed. They kicked him, matched his waist. Other students ran off. They threatened to kill them all if they spoke a word to the school staff. They warned Junior to say he sustained injuries while playing ball. They threatened him. If you ask the roommate, they’d all lie. They matched his ribs and waist. All that pain for a 12-year-old.”