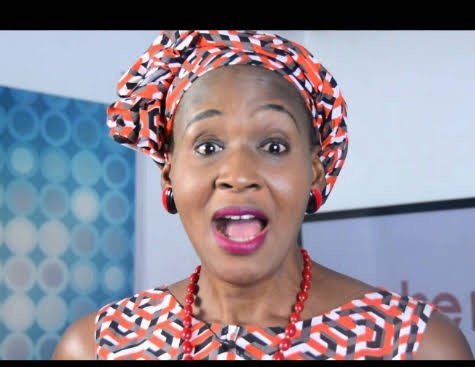 Controversial Nigerian journalist, Kemi Olunloyo has made certain revelations on last year’s Lekki Toll Gate massacre which according to her was not true.

Olunloyo noted in a post on her Facebook page that she will mention names of sponsors of the recent ‘anti-Buhari protesters’ who stormed Lagos streets claiming to be mothers of #ENDSARS victims.

Anaedoonline.ng had reported earlier that Governor Babajide Sanwo-Olu-led government of Lagos State has released the White Paper on the report by the Lagos State Judicial Panel of Inquiry on Restitution for Victims of SARS Related Abuses and other matters.

The White Paper released on Tuesday night, however, disagreed with the judicial panel of inquiry and rejected its earlier submission that nine persons were killed at the Lekki Toll Gate when soldiers opened fire on protesters last year.

The Lagos State government in the White Paper described the claim of killings by the panel as “assumptions and speculations”.

Anaedoonline.ng reports that hours after the White Paper was released, some mothers who claimed to have lost their children to the Lekki shooting that led to the death of peaceful protesters on October 20th, 2020, took to the streets to protest in Lagos.

In the now-viral video, a group of women led by @Justadetoun, one of the #EndSARS protesters Governor Babajide Sanwo-Olu invited for a peaceful walk, were seen staging a protest in front of the deputy governor’s residence in Ikoyi.

The women who held placards were heard in a video shared by the Guardian, singing songs and demanding justice.

Reacting to the recent development, Olunloyo took to her verified Facebook page to say that she had an encounter with one of the protesting mothers.

According to her, the woman who came to her on Thursday claimed they were rented to protest against the Buhari administration.

The woman allegedly noted that they were given ₦5,000 each to pose as mothers of those killed at the Lekki Toll Gate last year.

Olunloyo said though the women were restricted from granting media an interview, she will name the sponsors of the event soon.

She wrote: “#419Massacre A woman approached me today that she was rented to protest against the Buhari administration posing as Mothers of those killed at #LekkiTollGate in the fake massacre.

“The politician and activist that sponsored them gave each woman N5K. I will name the sponsors soon. This woman said she questioned the timing of the Mother’s Protest after the White paper came out. She said it will seem suspicious. They were told not to do media interviews. She said it was political and they were not filing claims. Nigeria and Fraud.”