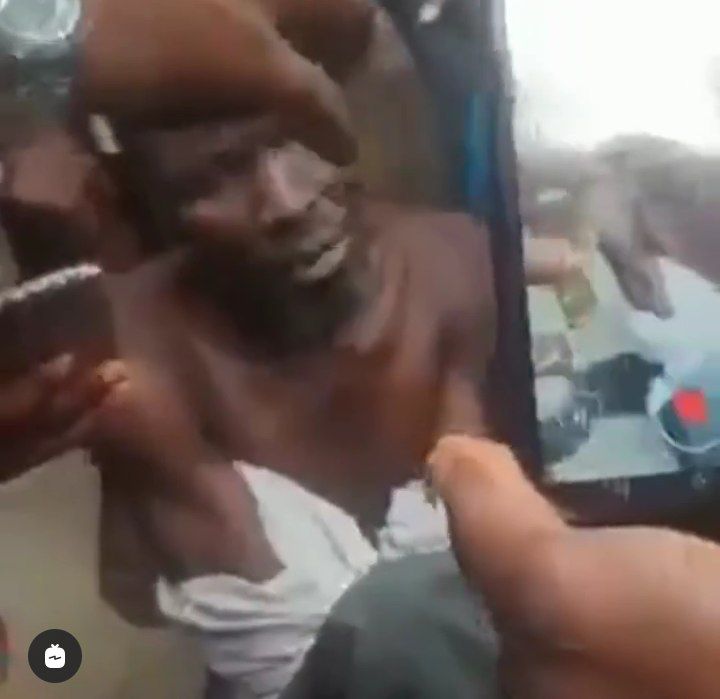 It was gathered that the incident occurred on Friday morning at the front of the Bashorun Ojoo High school.

Newsflash Nigeria learnt that the man dropped a certain amount of money on the ground which the children reportedly picked and turned into two tubers of yam.

It was gathered that the angry residents of Ashi, Bodija, and Akobo caught the man suspected to be a ritualist and set him ablaze.

Our correspondent gathered that the suspect, whose name could not be ascertained, was killed and set ablaze on Friday morning.

Sources said that the man was arrested when it was discovered that he turned the students into tubers of yam.

All efforts made by the residents to prevail on him to turn them back proved to be abortive.

The man, according to sources who asked not to be named, was tied with ropes and interrogated.

His inability to provide concrete answers made the angry residents set him ablaze.