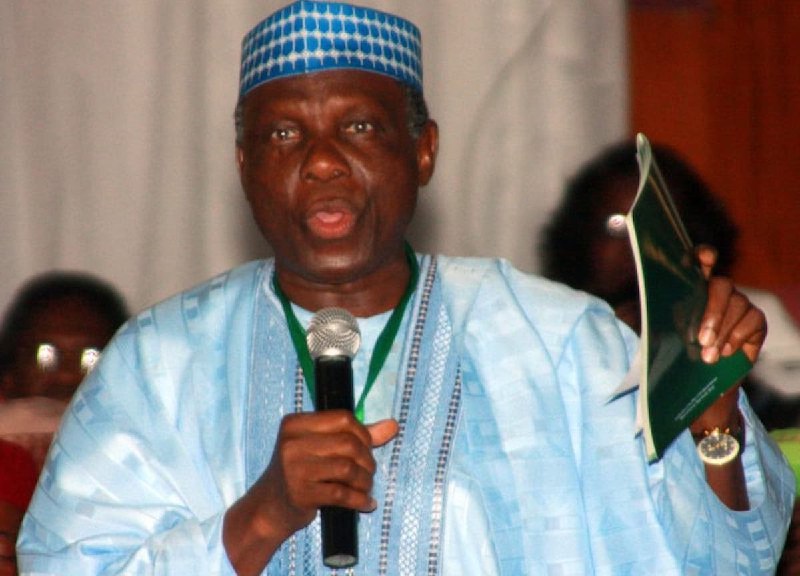 Former Minister of Information and National Orientation, Prof. Jerry Gana, has said the present crop of leaders in Nigeria will be swept out of government in 2023 if they fail to tackle the insecurity in the nation.

The academician said the rate of terrorism, kidnappings, banditry, armed robbery and others is alarming.

The former Adviser to President, Olusegun Obasanjo said Nigeria is “degenrating” on a daily basis.

He noted that there are too many hypocrites in the nation, especially in higher offices and even at the community level.

According to him, “There are injustices at the community level. Where there are injustices, there is a lot of violence. What we need is a sense of justice and fairness. There’s too much of unfairness and injustice in the land.”

Prof. Gana added that Nigeria is in dire need of leadership with “legitimate”authority.

He said one of the greatest challenges the country is faced with is, “bad leadership.”

Prof. Tola Badejo, Pastor Korede Komaiya, Deacon Chris Iyovwaye and Toyosi Akerele-Ogunaiji, who were also speakers at the event, also identified bad leadership as the bane of Nigeria as a country.

APC Will Retain Power In 2023, Nothing Can Stop Us – Uzodinma

When Agitations Across Nigeria Will Stop – Jerry Gana Reveals