FG Yet To React As Zamfara Govt… 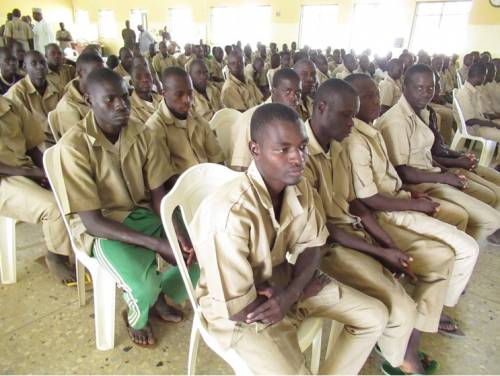 The Nigerian Army has condemned many repentant Boko Haram insurgents for deceiving and manipulating the Federal Government on their new way of life.

The Theatre Commander of ‘Operation Hadin Kai’, Maj.-Gen. Christopher Musa, made this known at the Chief of Army Staff Conference in Abuja on Wednesday.

Musa stated that many of the insurgents that surrendered to the Army had ulterior motives which have made the terrorists go back to their old ways.

The commander asserted that the supposed repentant terrorists are undermining the war against insurgency and banditry, adding that the Army will not allow such a thing to go on.

Musa, however, disclosed that 20,000 insurgents and their families have surrendered to troops of the Nigerian military in the Northeast.

He said: “We have over 20,000 combatants and their families surrendered. This tells you there is something we are doing right.

“What we do with them after surrendering is our next focus. The expectation is that after all have surrendered, then, everything will fizzle out. But, that is not the case.

“Frankly speaking, for us, this is a good development. A lot of people have been thinking and also expressing mixed feelings if at all the news is true.

“Of course, there are some insurgents who truly wish to surrender, but we cannot jettison the fact that some of them do have ulterior motives.

“As I said, to us, this is good and if we follow it through in the right way, then, we may begin to see the end of this insurgency sooner than we actually think.”

Musa submitted that Boko Haram has become stronger after the death of its leader, Abubakar Shekau, due to support by foreign donors.

He said: “Before Shekau died, they (Boko Haram fighters) pledged allegiance to the Islamic State in the West African Province ISWAP and ISWAP gets its funding from foreign donors. It is the lust for these monies that have further emboldened them.

“This is why they overran Shekau. These people who are enemies of the nation, who do not want peace in Nigeria are the same people pushing ISWAP too. It has nothing to do with religion or any form of ideology but is purely driven by the quest for money.”