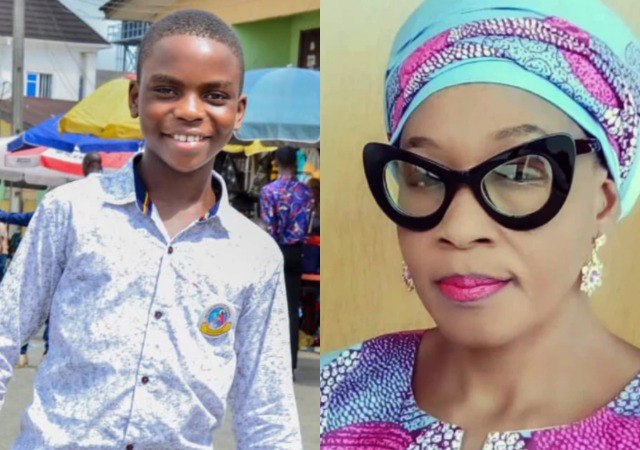 Controversial journalist, Kemi Olunloyo has disclosed that the late Sylvester Oromoni who died under controversial circumstances at Dowen College willingly wanted to join the boys gang.

This is coming after the Officer in charge of the legal department of the State Criminal Investigation Department (SCID) of the Lagos Police Command, Panti, Yaba, Yetunde Cardoso announced that five students and three staff of the Dowen College in Lake, Lagos State, have been charged to court over the alleged assault of 12-year-old Sylvester Oromoni.

Speaking on the case in an online session, the 57 -year-old journalist noted that her informants presently at the ongoing investigations revealed that the late 12-year-old willing wanted to join the cult despite the rigorous initiation process which entailed being beaten and given engine oil to drink.

She added that boarding houses are like Big Brother Naija house where people conform and form groups due to peer pressure, revealing that the late Sylvester agreed to be beaten and to drink engine oil so as to join the boys gang.

See some reactions below:

The audio has sparked outrage as many social media users are calling for her arrest;

trendsfrom.blash wrote; ‘May she share the same faith as Sylvester’s parent atm’

anumide__‘This woman needs to be arrested at this point cos wtf??’

dumebiblogwrote; They’ve hired her to twist the story and lie against a little dead boy, with her obviously fake accent. #justiceforsylvester

mista_nath wrote; ‘Kemi de same class with d boy?? Everybody just looking for a means to turn dis who scene’

Accord Party Candidate, Maduka Withdraws Petition Against Soludo From Court