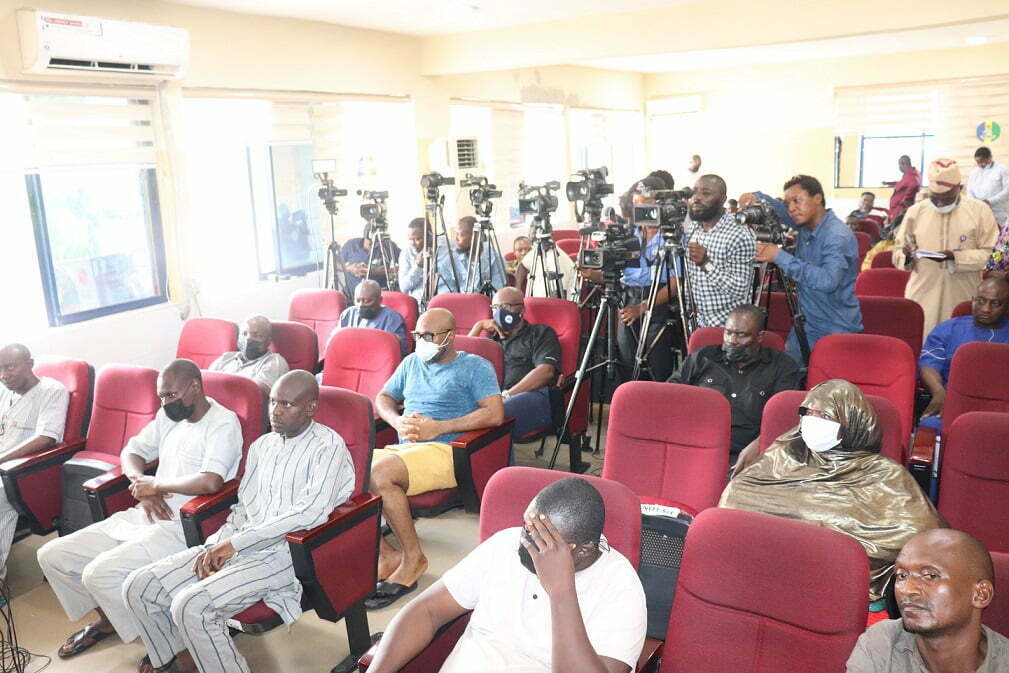 The federal government on Wednesday dragged suspects linked with the invasion of the Abuja residence of Justice Mary Odili to court.

The suspects arrived the federal high court in Abuja around 1:45 pm and were brought in by operatives of the Nigeria Police.

Anaedoonline.ng gathered that they are to be arraigned before Justice Nkeonye Maha on an 18-count charge.

Malami Under Interrogation Over Invasion Of Justice Mary Odili’s Home

Recall that some security operatives on Friday 29th October, illegally stormed the Maitama home of the Supreme Court Judge in Abuja.

The security operatives were initially identified as members of a Joint Task Force.

The security operatives, who came with a search warrant which was later discovered to have borne a wrong address, said they received information on “illegal activities” going on in the house.

Amidst the confusion caused by the illegal invasion, the Police on November 11, paraded 14 persons arrested in connection with the invasion.

This was disclosed by the Force Public Relations Officer, CP Frank Mba while parading them at the Force Headquarters Annex, Garki, Abuja.

He said seven others, including two (2) persons believed to be personnel of the Nigeria Army are still at large and security operatives are in pursuit.

One of the arrested persons includes a fake Chief Superintendent of Police identified as Lawrence Ajojo who reportedly led the team.

According to Mba, those arrested are criminals from various professional backgrounds including public service, business, law, journalism, banking, amongst others.

Charges were filed against the suspects on November 24.