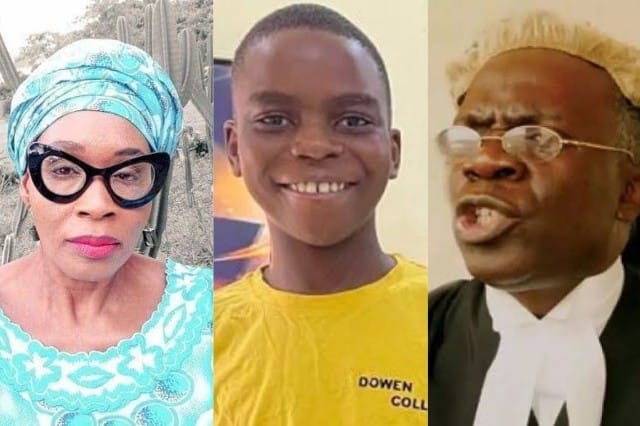 Investigative journalist, Kemi Olunloyo has slammed the Human rights lawyer, Femi Falana as she describes him as an overrated Senior Advocate of Nigeria (SAN).

In a statement she shared on her official Instagram page, Kemi Olunloyo fumed over the petition that was filed against her by the family of Sylvester Oromoni through Femi Falana.

She also threatened to sue the family of the deceased for damages. Speaking further, the journalist held that one of the children that are currently in police custody has a document that shows that Sylvester consented to join the cult.

She also accused the Oromoni family of withholding some information from the public in a bid to paint a different picture.

Read her statement below:

Recall Anaedoonline reported Embattled journalist, Kemi Olunloyo has opened up on her plans after human rights lawyer Femi Falana asked the Nigerian Police to invite her for questioning.

Recall that Falana demanded security operatives invite the journalist over her statement where she had insisted that 12-year-old Sylvester Oromoni had consented to joining a cult in his school Dowen college.

This statement had infuriated Nigerians with some celebrities threatening to beat her up.

However, in a statement made available to Naija News Dr Olunloyo has revealed that she will be suing Falana and the Oromoni family for damages.

She stated that she had not been invited by the police concerning the deceased boy, maintaining that it was a fake petition.