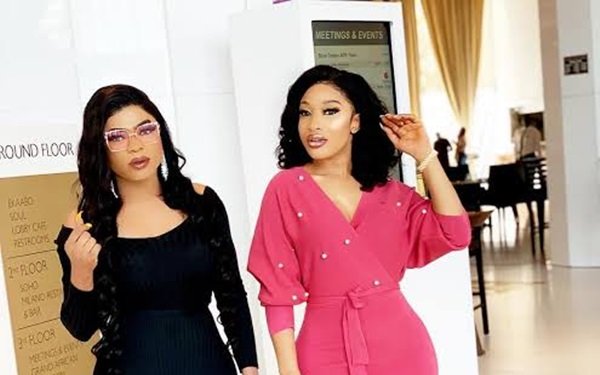 Controversial crossdresser, Bobrisky continues to drag his ex-bestie, Tonto Dikeh, as he shares screenshots of a text message that made them go their separate ways.More Drama As Bobrisky Reveals How His Friendship With Tonto Ended; Shares Text Message As Proof

This revelation follows the unending drama between the duo, who have called out one another on Instagram following what appears to be a little misunderstanding.

Bobrisky, who claims Tonto Dikeh was living off him during their friendship days noted that they parted ways after he resolved to stop meeting her needs.

Backing up his claims, Bobrisky shared screenshots of his last conversation with the actress as proof, adding that Tonto immediately stopped picking his calls after then.

Sharing the screenshot of the text message, Bobrisky wrote: “Guys look at the date and read my respond to her I don’t lie o, tonto wake me up with a problem everyday of her life and I make sure I solve half of it if not all cos my heart is amazing, but i then noticed she was just for my money and nothing more. Continuation of my respond, aunty say the truth way round unfollow me I left d friendship not the other na dis text you see. Aunty you are broke go and sit down.”

See the screenshots below. 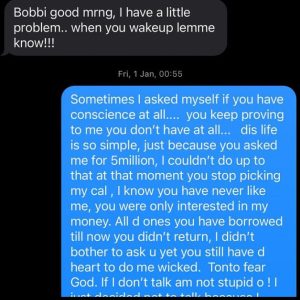 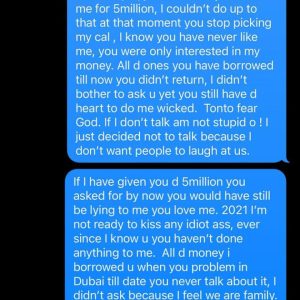