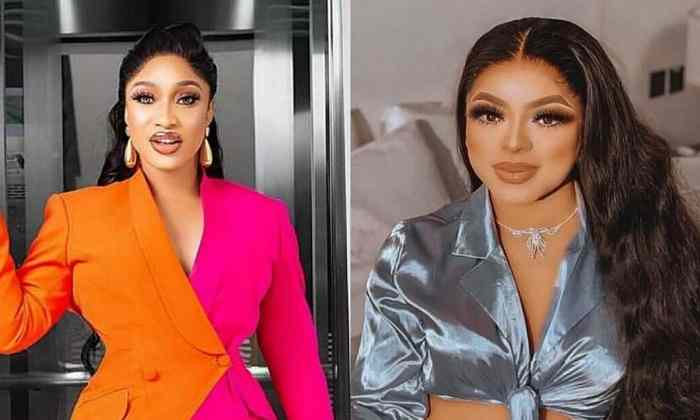 Actress, Tonto Dikeh once again has fired shots at the crossdresser, Bobrisky as their fracas continues to degenerate into an uncontrollable one.

The cause of these jabs flying all over Instagram can be traced to a post Tonto Dikeh made recently about celebrities depicting flamboyant lifestyles on Instagram, whereas they are nothing to write home about in reality.

Things took a new twist after Bobrisky felt attacked by the post and subsequently fired back which led to the ongoing beef.

The actress who is also relentless at hitting back has openly described Bobrisky as a ‘fake SHIM’ and revealed that he has mouth odour and what she described as a “leaking mucus dripping butt”.

Tonto Dikeh also attempted to prove to internet users that Bobrisky isn’t financially buoyant as he claims to be. 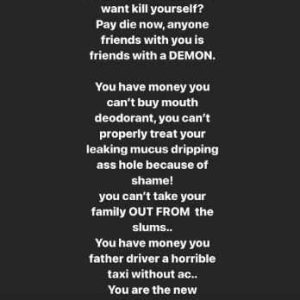