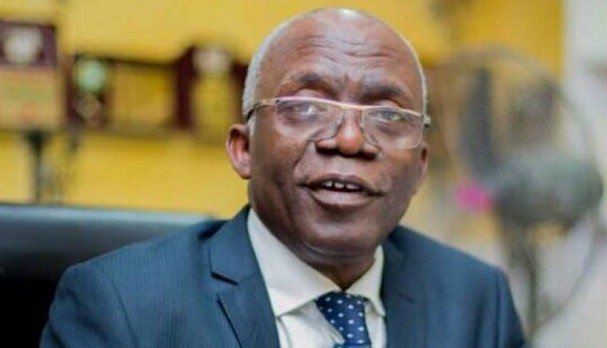 Senior Advocate of Nigeria (SAN), Femi Falana, has accused the Nigeria Police Force of infringing on the fundamental human rights of some protesters arrested in the North.

Anaedoonline.ng reports that policemen in Abuja arrested and detained some Northern youths who protested against the security challenges in the region.

In a statement issued on Thursday in Lagos, Falana stated that the police don’t have the right to arrest any protesters, demanding the immediate and unconditional release of the youths.

The human rights lawyer claimed that the police violently disrupted the rally organised by the youths and arrested some of the protesters unlawfully.

It read, “On Wednesday, some young people participated in a peaceful protest against increasing insecurity in the northern part of Nigeria. In utter breach of the fundamental right of the protesters, the Nigeria Police Force violently disrupted the rally and arrested some of the participants.

“In stopping the peaceful rally the police violated the fundamental right of the unarmed protesters and others who were earlier arrested in Kano, Kaduna and Sokoto by the Police and the State Security Service.

“By abruptly stopping the protests, the security forces breached section 83 (4) of the Police Establishment Act which requires the police to provide adequate security for citizens who participate in peaceful meetings and rallies.”

“Adulterous Twerker…” – Tonto Dikeh Fires Back After Being Shaded By Janemena