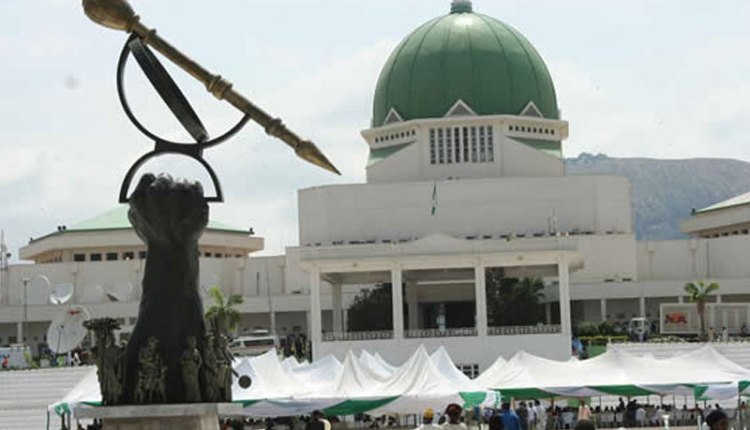 Amid heightened anxiety over the decision of the President, Major General Muhammadu Buhari (retd.), on the Electoral Act amendment bill, the Presidency said on Saturday evening that the President would make his decision known soon.

This is as the 30-day period within which the President is expected to assent or withhold his approval to the bill ends today. The bill was transmitted to the President on November 19, 2021 after both chambers passed it.

There has been widespread public debate over the inclusion of mandatory direct primaries for political parties to elect their candidates for elections, a clause that has become the most contentious part of the bill.

Prior to the amendment, political parties had the liberty to decide on the mode of primary for candidates for elections to emerge.

The National Assembly had insisted on the mandatory direct primary, while expressing optimism that the President would assent to the bill. They argued that the clause would guarantee free, fair and credible elections as well as enable card-carrying members of political parties to have a say on the emergence of their parties’ candidates.

Several civil society organisations, analysts and individuals have also expressed support for the direct primary, saying it would take power back to the people and strip governors and influential party members of the power to solely decide the fate of aspirants through the delegate (indirect primary) system.

The Nigeria Civil Society Situation Room, a coalition of over 70 CSOs, on Friday in a statement urged the President to assent to the bill, and that if he withheld assent, the National Assembly should veto the bill.

The National President of VATLAD, Igbini Odafe, in a statement on Friday and titled ‘Electoral Act amendments: National Assembly and INEC must stop misleading and instigating Nigerians against President Buhari,’ said Nigerians should hold the ninth Assembly responsible if its leadership failed to override Buhari in case he declined assent to the bill.

VATLAD said, “Section 58 of the 1999 Nigerian Constitution, as amended, particularly section 58 (4 and 5), states that ‘Where a bill is presented to the President of Nigeria for assent, he shall within 30 days thereof signify that he assents or that he withholds assent. Where the President withholds his assent and the bill is again passed by each House of the National Assembly by two-thirds majority, the bill shall become law and the assent of the President of Nigeria shall not be required.’

“The fact and truth remains that by the relevant provisions of the 1999 Constitution, as amended, President Buhari has no strict obligation to assent to any bill passed by at least two-thirds majority of 469 members of the National Assembly.

“As aptly provided in the constitution, why should the leadership and at least two-thirds majority of members of this ninth National Assembly be misleading Nigerians? They are making the citizens believe that President Buhari must sign these proposed amendments to the Electoral Act before it can become law or an Act of the National Assembly to be used in the conduct of the 2023 general elections to ensure truly free, fair and credible elections.

“They should veto the bill if it is true that over two-thirds majority of the 469 members of the National Assembly passed the amendment bill.”

Odafe added, “We hasten to remind Nigerians that in June 2000, the National Assembly invoked its constitutional power to pass the NDDC Establishment Bill into law when former President Olusegun Obasanjo withheld his assent to it. So, there is no basis for this ninth National Assembly to continue to act like it is dependent on President Buhari for this bill to become a law.”

After the House passed the bill on November 9, 2021, the Chairman of the House Committee on Media and Public Affairs, Benjamin Kalu, had stated that the lawmakers have the powers to veto the President.

Kalu said, “Whether or not we still have any option open to us if the President takes a position that we are not convinced about; the law is clear on that in our constitution and that is vetoing the bill if the need arises. But in this case, we will cross the bridge when we get there.

“I can assure Nigerians that because the President is interested in moving our democracy forward, he will do what Nigerians want, because there is no reason for him not to do so. If for any reason he finds anything that we overlooked and brings it back to us, there is still sufficient time for us to look at that and take it back to the President.”

When contacted on Saturday, Kalu in his response to one of our correspondents’ enquiries implied that the President had till Sunday to decide on the bill. “Tomorrow is the (December) 19th,” he wrote.

At the Senate, the All Progressives Congress members had also held a closed-door meeting after the bill was passed.

Those in attendance included the Senate President, Ahmad Lawan; his deputy, Ovie Omo-Agege; principal officers and other members of the APC in the red chamber.

A senator who attended the parley told Newsmen, “We also resolved at the meeting to veto the bill if the governors mount pressure on him to withhold assent to the bill. We are determined to deepen internal democracy within our political parties and ensure that our electoral system is transparent and credible.”