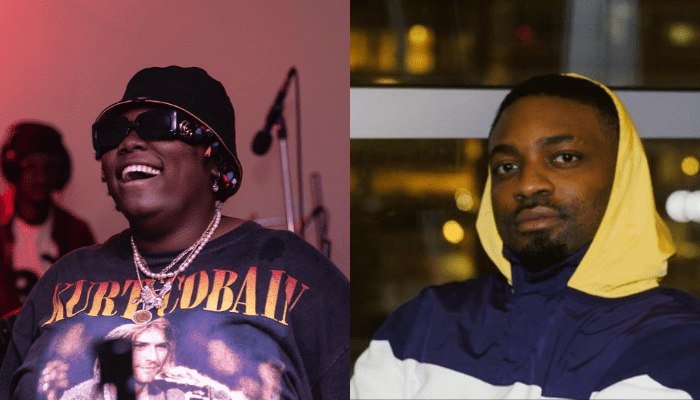 The rift started on Friday when Teni wrote on her Twitter account, “Users have no pity, they’ll use you and feel no remorse, don’t let that crown shift. Walk away.”

Shizzi who responded in a tweet on Saturday wrote, “Oh you don dey feel am? Them don dey serve you breakfast already? See who’s talking about users?

“You that took a song that I produced with you ‘Case’ and you went and gave your in-house producer to reproduce it without my consent and you released the song and your guy ‘Nurse Dolor’ endorsed it with no remorse till today. you’re talking about users. Nah, stop it!” (sic)

Teni replied, “You that you wanted to waste my life. Signed me with no plans. You gave my songs away, my mother paid you in full and I got out the contract. I walked away peacefully. Thank God for my mom, I would’ve still been singing on the streets of Atlanta.

But Shizzi insisted saying, “You must answer first. Your career benefited from my creation of the song “Case” which you took to someone else to reproduce. Yes or No?

“And when you wanted to leave, I gave you all my blessing without hesitation despite all that was done to move your career forward.

“For your information, I have all the receipts with your mum begging me on the phone and I let you go in peace you ungrateful cunt.”

The producer later dropped a video of Teni singing the song with a caption, “You asked for it and here is one of the receipts. A video of the day we made #Case. Today the whole world knows who you are. The real person you are! An ungrateful element.”

Teni however asked him to drop the stems of the song and he did but the singer insisted that Shizzi should drop a video.

Teni wrote, “Don’t drop a picture, play the sound with my voice that I recorded, since you produced it.”

Teni Slams Viewers Who Criticized Her Support For Laycon (Video)

Shizzi in his response wrote, “I created the idea from scratch it doesn’t matter if you didn’t record vocals that same day. My idea is my idea and did you credit me or pay for it as the creator? And I can ask Sony to take that down. Don’t play with me.”

“You Must Be On My Album” Teni Fights Davido (Video)

Teni Slams Viewers Who Criticized Her Support For Laycon (Video)