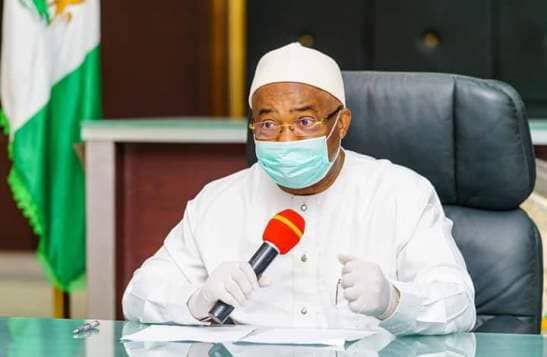 This comes after the governor on Saturday disclosed he would be revealing those sponsoring insecurity in the Southeast state.

Anaedoonline.ng reports that there has been a rise in insecurity in Imo state.

According to the governor, the name of the sponsors were revealed by 18 suspects arrested by security agencies.

Uzodinma vowed that the masterminds of killing in the state will be made to face the full wrath of the law no matter how highly placed.

“My government is ready to do all within its powers to ensure that Imo State remains safe and that anyone working to destabilise the system or encouraging criminality, no matter how highly placed, would be made to face the full wrath of the law,” Uzodinma said.

Reacting to the development, Sani via his micro-blogging page Twitter mocked the former senator, saying that the attacks in Imo is pushing the state closer to the north.

He urged the governor to come and join the northern governor meetings.

“Attacks and kidnappings in Imo state is pushing the state close to the North West.. Dear governor Mallam Uzodinma, come and attend the Northern Governor meetings.”