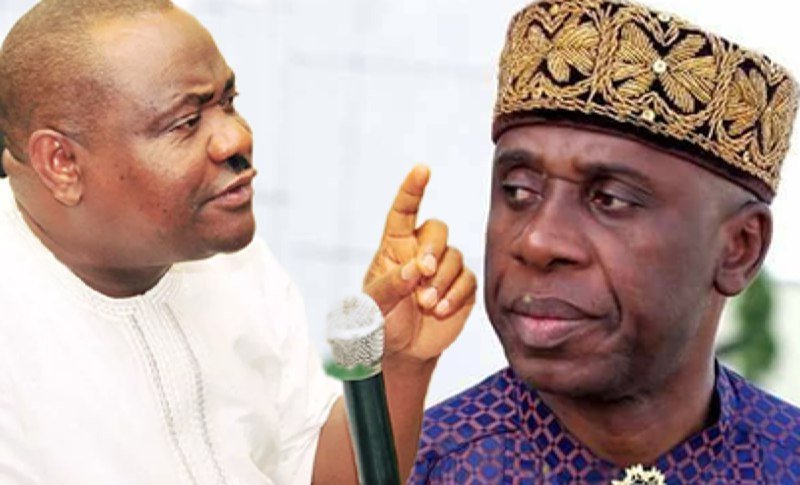 Governor Nyesom Wike of Rivers State has recalled the battles he fought in his political career leading to his emergence as a local government chairman, minister and eventually as governor.

Speaking at the first convocation ceremony of the PAMO University of Medical Sciences over the weekend, the governor narrated how he was fought to the Supreme Court to secure his ticket as the candidate of the Peoples Democratic Party (PDP) for Obio Akpor Local Government Area of Rivers state after attempts were made to deny him the ticket at the time when Uche Secondus was the state chairman of the party.

The governor also recalled that the primaries for the election were cancelled three times before his eventual victory.

2023 Presidency: What I Will Do If Jonathan Contests Under APC – Wike

“To become the chairman of Obio-Akpor Local Government Council, I had to fight and fight up to Supreme Court to recover my right to contest the election under the ticket of People’s Democratic Party which I was denied by the powers that be after I had resoundingly won the primary.

“Again I had to surpass three cancellations and repeated party primaries for me to earn the returned ticket as chairman under the former National Chairman of the People’s Democratic Party, Prince Uche Secondus,” he said.

Governor Wike also alleged that the Minister of Transportation, Rotimi Ameachi, who had nominated him for appointment as minister worked so hard to truncate his confirmation by the National Assembly.

“He, therefore, worked twice as hard behind the scene to truncate my confirmation by the Nigerian Senate but failed because God said otherwise,” he revealed.

Wike further recalled the fight between him and his predecessor who he said was against his governorship ambition.

“And when he noticed my mission to succeed him as the governor of Rivers State, he immediately drew the battle line and vowed that I could only succeed him over his dead body. Our contest was intense ultimately I won and prevailed over them”.

“I wouldn’t have wished anyone dead for my political ambition, I wanted him to live to see the glory of the Lord in my life and how God will use me in advancing the development of the state and the nation as Governor of Rivers State,” he added.