FIFA Reveals It Has Majority Backing For Biennial World Cup 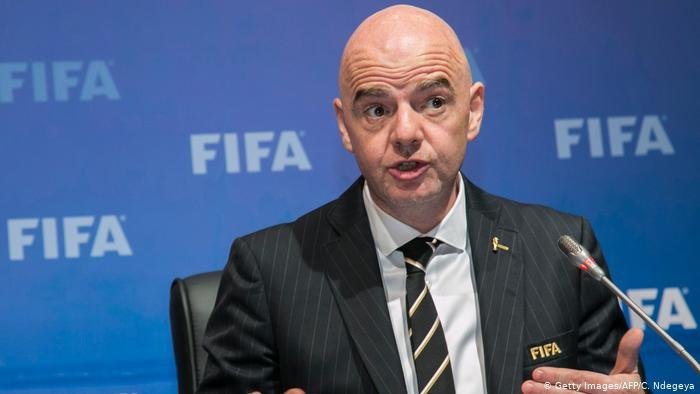 FIFA president, Gianni Infantino, has insisted he has majority backing for a biennial World Cup plan.

This is after he informed national football leaders that the switch would create an extra $4.4bn in revenues.

European clubs, the top leagues and European governing body, UEFA, have kicked against the plan in the past.

No vote is scheduled yet, but Infantino claims majority was in place for the idea but it needed to be dealt with as part of the broader overhaul of the international match calendar.

“If I was going to a vote tomorrow, probably the majority would vote in favour of a World Cup every two years.

“But it is not the topic, we are looking at the entire calendar and how we can make football better and how many we can bring on board with a new way of organising the future in football,” Infantino told a news conference after the summit.

LATEST: FIFA Plans To Reduce Football Games From 90 To 60 Minutes