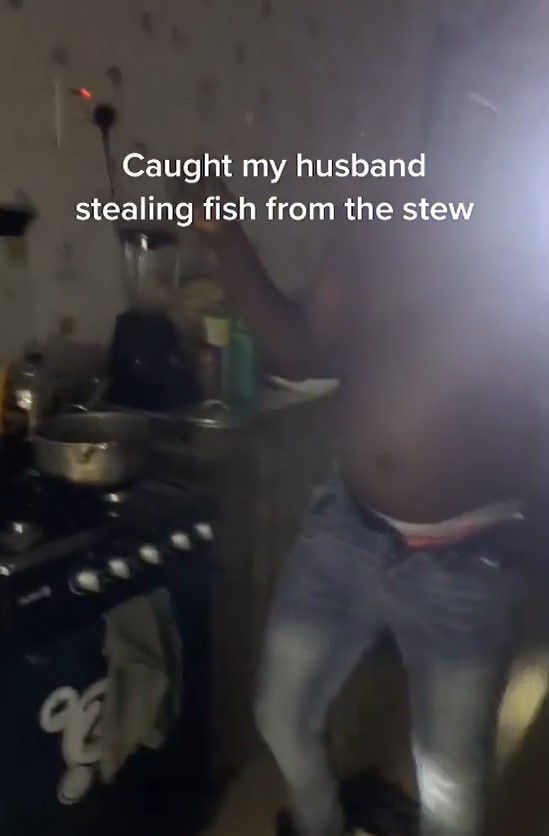 A video captures the moment a man showed his humble side after he was caught by his wife stealing fish from the stew pot.

According to the clip, the man is presumed to have woken up in the middle of the night and made his way to the kitchen to satisfy his hunger/appetite. 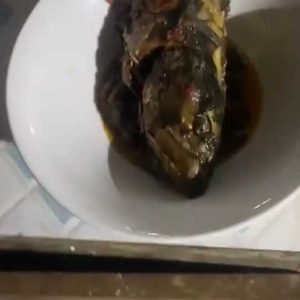 Wickedness: Woman Roasts Her Son’s Hands For Taking Food From The Pot

However, his wife followed immediately with the camera and caught him red-handed feasting on the fishes in their stew.

Upon seeing his wife, the man surrendered as he raised his hands up and promised never to repeat such an act again.

Captioning the video, the lady wrote:

“Caught my husband stealing fish from the stew.”

See How Much Pounds Exchange To Naira Today 21 December 2021

See How Much Dollar Exchange To Naira Today 21 December 2021