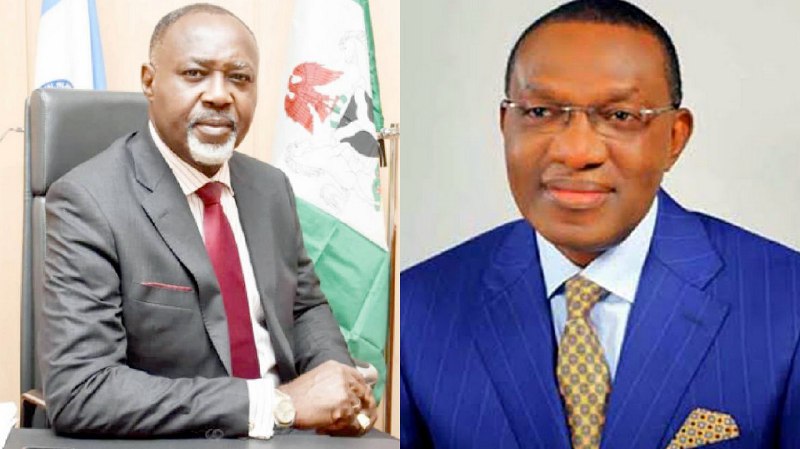 George Moghalu, an All Progressive Congress Chieftain in Anambra State has hailed the judgement of the Federal High Court, for its ruling on a suit challenging the candidancy of Senator Andy Uba.

Anaedoonline.ng reported that the Federal High Court in Abuja had on Monday, nullified Senator Andy Uba’s and the All Progressive Congress’s participation in the last November 6 governorship election held in Anambra State.

Justice Inyang Eden Ekwo, in the judgment, held that Uba was never a candidate in the election having emerged from an illegally conducted primary election by the All Progressives Congress (APC).

Justice Ekwo held that the plaintiff, George Moghalu succeeded in proving that the APC did not conduct a valid primary election from which Uba claimed to have emerged as the party’s candidate.

The judge ordered INEC to delete Uba from its record as a candidate in the election and as well as ordered the APC to refund to the plaintiff the N22,500.000 he paid for expression of interest and nomination forms since the party failed to conduct a valid primary..

However, Moghalu while reacting to the verdict of the high court in a press statement issued by the Director of his Campaign Organization, Arch Okey Chukwuogo, on Tuesday, described the verdict of the court against Andy Ubah as a clear vindication of the wishes and prayers of the entire members of the party in the state.

The ex-National Auditor of the governing APC also said the judgement was long expected and a vindication of the lamentations of the members of the party over the imposition of an unpopular candidate on the party.

Moghalu posited that Senator Uba has no locus to go to the tribunal to challenge the victory of Professor Charles Chukwuma Soludo who won the gubernatorial election, and also insisted thàt that the concluded polls was riddled with irregularities.

His words, “the judgement is expected because nobody sees illegality and calls it legal and fair is fair and it is good to take what belongs to everyone?

“I will be surprised if he goes to the appeal court and what are you appealing for when it is clear that no primary election was conducted in Anambra APC and by the judgement it means that Andy Uba was not a candidate in the said election.

“He has no locus to go to the election petitions tribunal to challenge the victory of the APGA candidate that win the election which he was not part of and he did not participate in.

“You should also know that the current crisis in the party was as a result of what Andy Uba did and the former state chairman of the party behaved badly by supporting the charade that was described as primary election and the chairman is gone and our party was waxing stronger before the primary election and today we are growing stronger and better and we are poised to return the glory of the party”.