Cynthia Morgan Again, Calls Out Jude Okoye Over A Deal 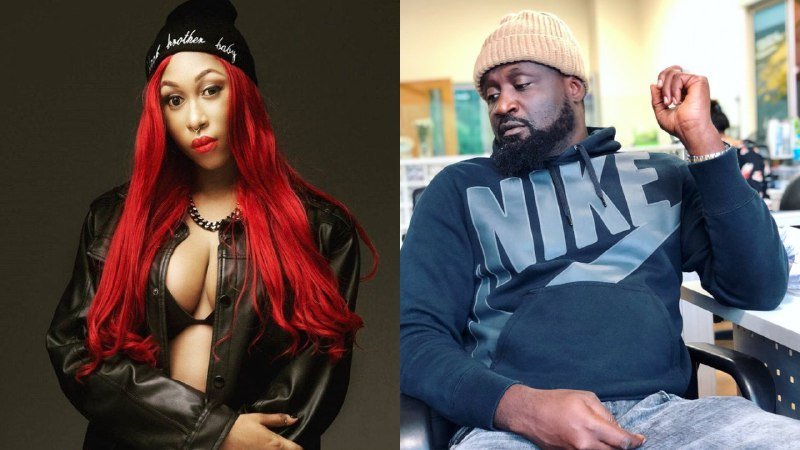 Dancehall singer, Cynthia Morgan, on Wednesday rekindled her battle with her former label boss, Jude Okoye, as she called him out over their past deal.

Cynthia Morgan had last year taken Okoye to court over the accountability of her intellectual property during their time together.

However, in a recent rant on her Instagram story, she had called him out, stating that she didn’t beg him for a deal.

She said this while reacting to a tweet from an entertainment reporter, Joey Akan, who said she “scattered” the contract and left the label.

Reacting to Akan’s claim, she wrote, “If you need any favour from @judeengees, you can call him. Are you mad? Na me you wan take they catch cruise?” (sic)

She continued, “And you @judeengees can you repeat all those things you said in your interview to my face? I bet not. You better call this bad egg to order @joeyakan tell him the truth so you don’t ruin his life like you’ve ruined yours.

“You claimed I was the most talented individual in Africa or even the world but you treated me like shit because you never wanted me to know my worth.”

According to her, her past manager, Joy Tongo, had convinced her to accept Jude Okoye’s deal over that of his brother, Peter Okoye.

She continued, “Unfortunately for you guys, I already knew who I was even before I met Joy. I was only humble because I knew I couldn’t do it alone.

“Joy claimed you were nonchalant with me because of the things May D did to you. Lol am I May D? Why sign me if you knew you wanted to unleash your trauma on me? @judeengees I have been quiet because of the days I once called you dad.

“But God forbid you fathering a great woman like me. Until you and joy apologise for your atrocities, you will never have great children come through you to this world.

“I never begged you for a deal sir, contrary to the story joy gave. If she ever did , it wasn’t with my consent. I had a deal on the table from your brother @peterpsquare with incentives like a few structured labels.

“Joy only advised me to take yours because she claimed you had more managerial experience.”

She then went further to share screenshots from Akan’s Twitter page about her, as she warned the reporter to keep her name out of his mouth.

Cynthia Morgan Calls Out Burna Boy Over His Kind of Music