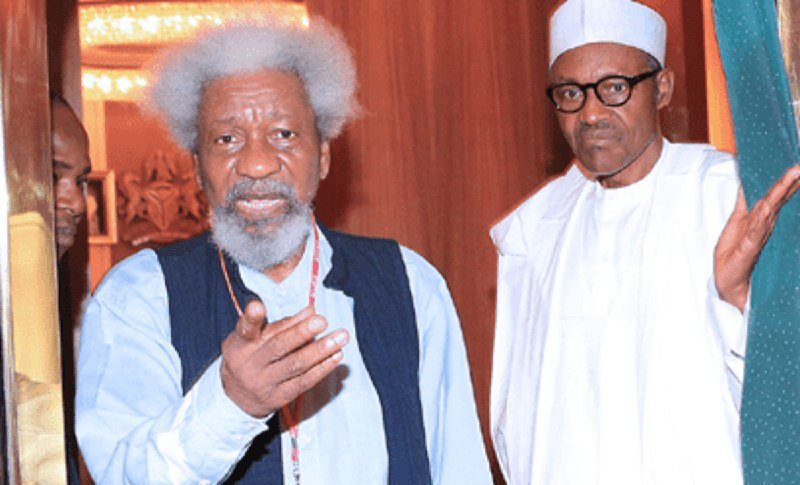 Nobel laureate, Prof Wole Soyinka, has urged President Muhammadu Buhari to ensure those responsible for the murder of Chief Bola Ige, a former Attorney-General of the Federation and Minister of Justice, be fished out.

Soyinka also wondered what happened to Buhari’s promise to open an enquiry into the Nigeria’s spate of political murders.

Ige was assassinated by unidentified gunmen at his Bodija, Ibadan, Oyo State, home on December, 23, 2001.

In a statement to Ige’s family addressed to the daughter, Mrs. Funso Adegbola, on the occasion of an event titled, “20th Bola Ige Memorial Symposium: Two decades of injustice: What are the implications on Nigerian democracy?”, Soyinka urged Buhari to reinstate what he termed “the broken lines of justice.”

He wrote, “President Muhammadu Buhari, what has become of your robust pledge to open an enquiry into the spate of political murders that the nation has undergone in recent years? Does it all amount to yet another instance of political bravado? While we all accept that all lives should be valued equally, some impose a special responsibility on those in governance.

“Bola Ige, as the nation’s Minister of Justice, and United Nation’s civil servant designate, was unarguably one of such. A nation’s honour is in question and remains so until the hour of closure. Thus, she must never relent in demanding an explanation for his brutal murder. Expose the perpetrators, identify the conspirators and reinstate the broken lines of justice.

How Obasanjo Hunted Bola Ige Till His Death – Bisi Akande

“At the very least, we need a formal declaration regarding those who displayed an abnormal interest in the fates of those accused, to a level of proven, documented interference both in the investigative process and within the judiciary.

“I am not alone in having written and lectured on these sordid aspects that fuelled the subversion of justice. There are surviving witnesses.”

Cynthia Morgan Again, Calls Out Jude Okoye Over A Deal