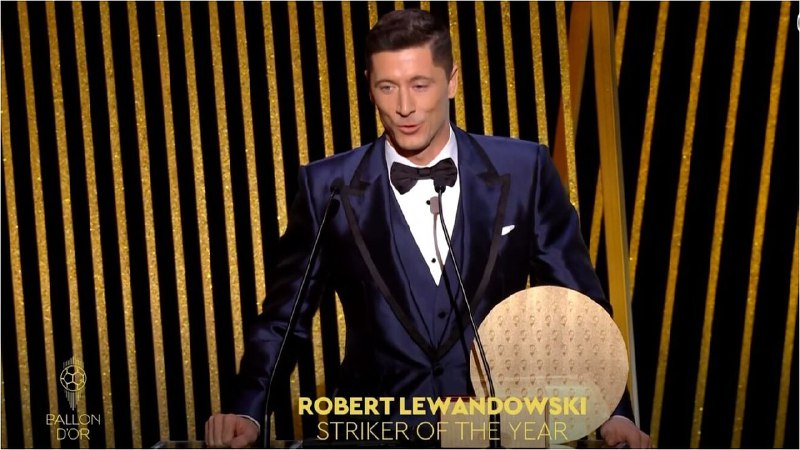 Recall that Messi acknowledged after winning this year’s Ballon d’ Or that Lewandowski deserved to win the 2020 Ballon d’ Or.

“I would like to mention Robert Lewandowski. It has been a real honour to compete with you,” Messi had said after collecting the 2021 Ballon d’Or trophy.

“Everyone knows and we agree that you were the winner last year. I think France Football should award you your 2020 Ballon d’Or.”

However, after an interview in which Lewandowski says he was misinterpreted as questioning Messi’s intentions, the Poland international is now saying that Messi’s words were not empty words aimed at him.

Lewandowski told Bild, “Messi’s words towards me [about the Ballon d’Or] really touched me.

“They were not empty words, it was a nice moment in my career.

“I only spoke a few words with Leo [one-on-one] because my Spanish is not that good. I spoke with Kylian [Mbappe] in English, he then translated for Leo. It was a great night.”

He added: “It’s about little details. Everything has to be in place.

“What I can guarantee is that I will continue doing my job and bring my best performances.”