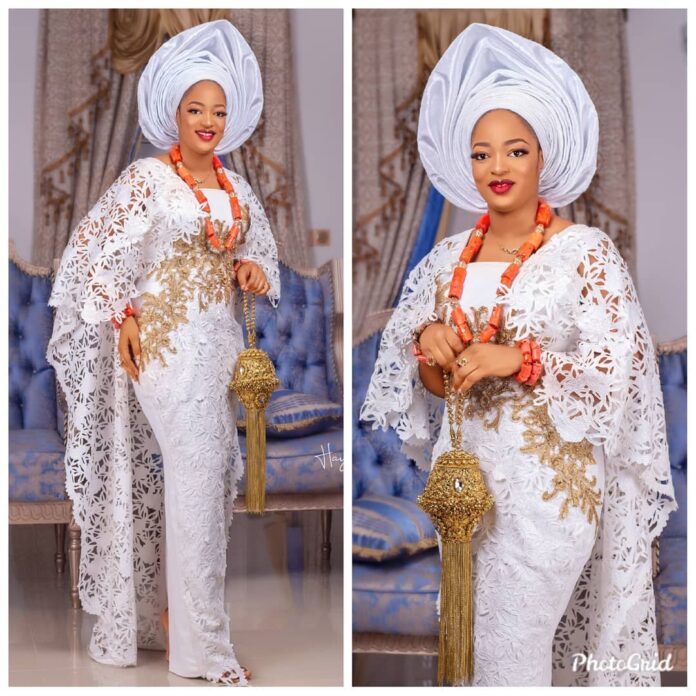 Her Majesty, Queen Silekunola Naomi, on Thursday announced her separation from the Ooni of Ife Oba Adeyeye Ogunwusi Ojaja II.

In a statement posted on her verified Instagram handle and Facebook page on Thursday, she had announced an end to the three-year marriage.

Four things to know about the monarch’s ex-wife.

She married Ooni in 2018 when she was 25 years old. It was gathered that the traditional wedding was done in Akure, the Ondo State capital before the new bride was brought to the palace.

During the ceremony, the Olori was dressed in white attire and was ushered into the palace by some traditional chiefs and was taken to Ogunwusi after the rites had been performed.

Queen Silekunola and the Ooni had a son together, Tadenikawo.

Debunking rumours of having another child, the Queen said, “I have never been pregnant all my life before Tadenikawo; my son is my first ever pregnancy with medical reports to back it up. The girl who is said to be my daughter is my niece.”

Silekunola is also the founder and president of En-Heralds, an inter-denominational ministry based in Akure, Ondo State.

She was said to have started public ministry at the age of 18 and became a full-time evangelist in October 2011.

When an EndSARS protester Kemisola Ogunniyi, who was delivered of a baby in the prison custody, had her baby christened, Olori Silekunola was present.

At the christening of the child, held at Vera Christian Assembly, Ayedun Quarters, Akure, the Olori said she was touched by the circumstance, in which the baby was born, and presented him with various baby items and foodstuffs for the baby’s family.