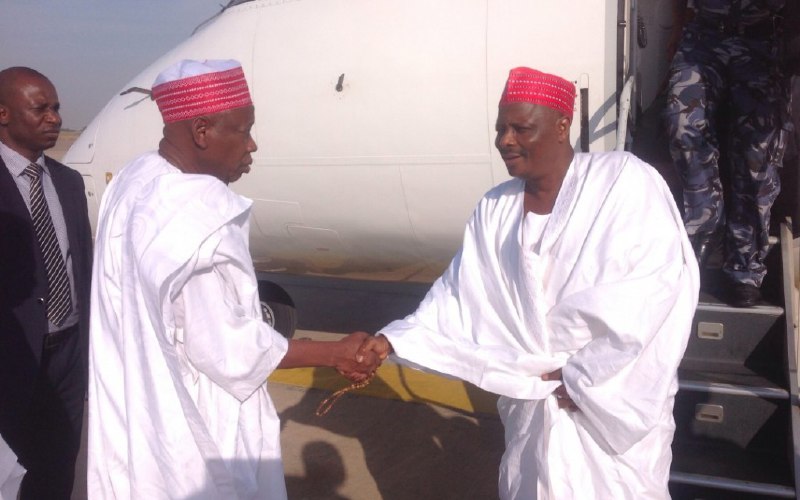 Following frantic moves by the Kano State Governor, Umar Abdullahi Ganduje to stage a comeback to his former political hub, Kwankwasiyya enclave, the leader of the Red Caps Followers, Rabiu Musa Kwankwaso, says there is nothing bad about reconciliation.

Already, reports has it that Governor Ganduje has expressed full readiness to reconcile with his former friend and political ally, Engr. Rabiu Musa Kwankwaso.

However, Kwankwaso while answering questions from media practitioners who were on condolence visit to his Millar Road Country home in Kano, Wednesday, shows clear readiness to accept any reconciliation moves from Ganduje.

Kwankwaso, who thanked Governor Ganduje for showing his sympathy to him for losing his brother, Comrade Inuwa Musa Kwankwaso, said the condolence visit showed clear brotherhood and concern.

Governor Ganduje was at the Former Governor Kwankwaso’s house, alongside all his cabinet members and some Ullamas to console the Senator for losing his brother to the cold hands of death.

LATEST: Kwankwaso Reveals Why He’s Not Happy With Ganduje