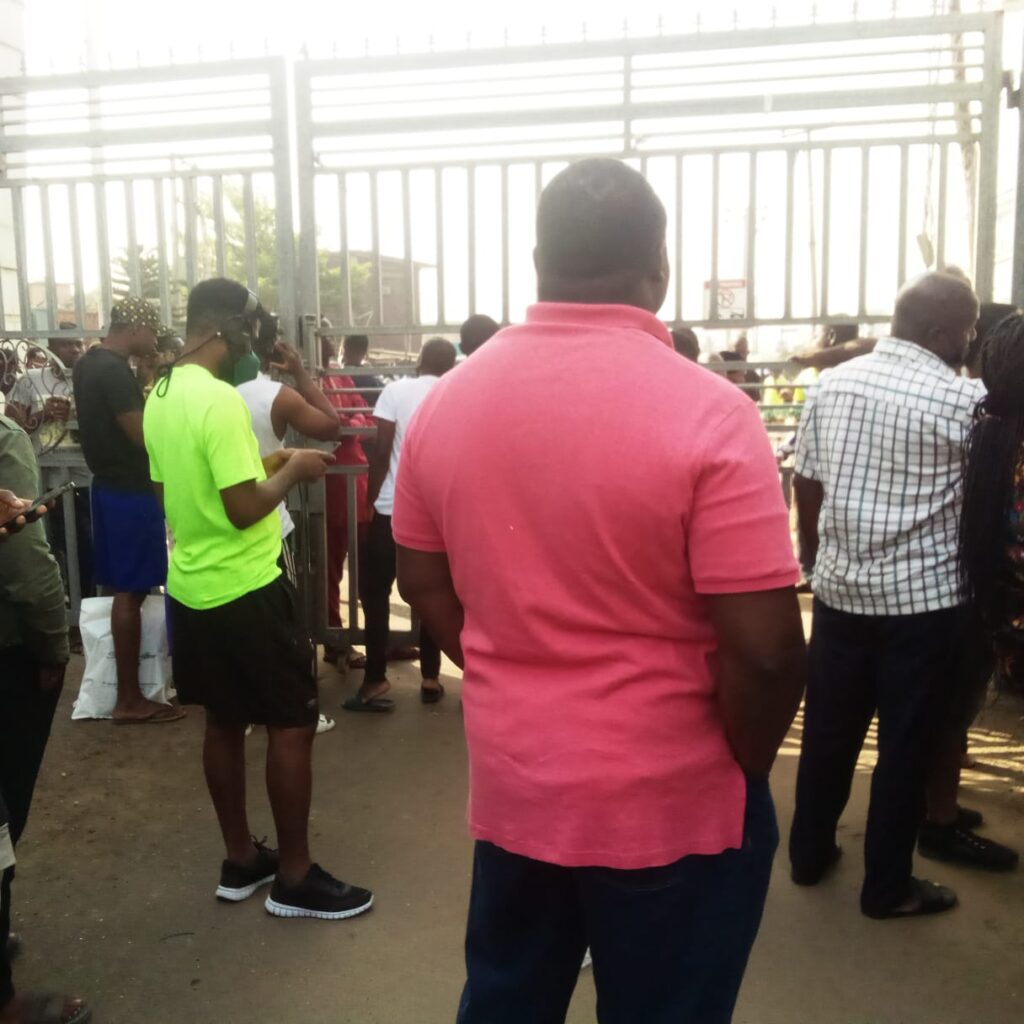 The Attorney-General and Commissioner for Justice, Lagos State, Moyosore Onigbanjo (SAN), has said that unknown bailiffs carried out the execution that threw landlords and residents into confusion in the Magodo Phase 2 Estate.

Onigbanjo, in a statement on Thursday, described the invasion as unwarranted and illegal, adding that those found culpable would be prosecuted.

The statement read in part, “It is a known fact that judgment was delivered in 2012 by the Supreme Court in Military Governor of Lagos State & Ors. Vs. Adebayo Adeyiga & Ors in Appeal No: SC/112/2002 wherein the apex court affirmed the judgment of Court of Appeal and High Court delivered on December 31, 1993, in Suit No: ID/795/88 wherein the court held as follows:

“I hereby enter judgment for the plaintiffs against the defendants as follows – a declaration that members of the Shangisha Landlords Association whose lands and or buildings at Shangisha village were demolished by the Lagos State Government and/or its servants or agents during the period of June 1984 to May 1985 are entitled to the first choice preferential treatment by the Lagos State Government before any other person(s) in the allocation or re-allocation of plots in Shangisha village.

“And I make the order against the 1st, 2nd, 3rd and 4th defendants (particularly the Lagos State Government and Land Use and Allocation Committee) as agreed in the meeting held on October 16, 1984 with the Ministry of Lands and Housing and Development Matters, Lagos State.

The Attorney General said the state government engaged the judgment creditors between 2012 and 2015 and made a proposal to re-allocate land to them at Magotho Residential Scheme within Badagry area, adding that the move was rejected by Chief Adebayo Adeyiga.

He, however, noted that majority of the judgment creditors led by Yemi Ogunshola, Jelili Yaya and Adeleke Adefala, accepted the offer.

“Subsequent to the rejection, the state government has been in dialogue with the majority of the judgment creditors from 2019 with a view to reaching a concession towards implementing the judgment,” Onigbanjo added.

The Senior Advocate of Nigeria explained that a pending application for interlocutory injunction dated December 1, 2020, before the Court of Appeal in Appeal No. CA/L/1005A/2018 sought an order restraining Adeyiga and others, including their agents, servants privies or howsoever called, particularly the police, from entering into, giving direction, taking possession or in any manner disturbing the quiet enjoyment of property owners in Magodo Residential Area Scheme.

He added, “The Lagos State Government has equally observed that the execution was carried out by unknown bailiffs as the Sheriff of the High Court of Lagos where the judgment emanated was not responsible for the purported execution carried out on December 21, 2021 at Magodo.”

He noted that Adeyiga misled the police in attempting execution of the judgment notwithstanding the pending appeal against the issuance of warrant of possession by the then Chief Judge of Lagos State on March 16, 2017.

While urging the public, especially residents of Magodo Residential Area to remain calm, Onigbanjo noted that “investigation into the unwarranted incident is being carried out with a view to prosecuting any person found culpable. The Lagos State Government has the high regard for the rule of law and will protect the interests of all parties.”