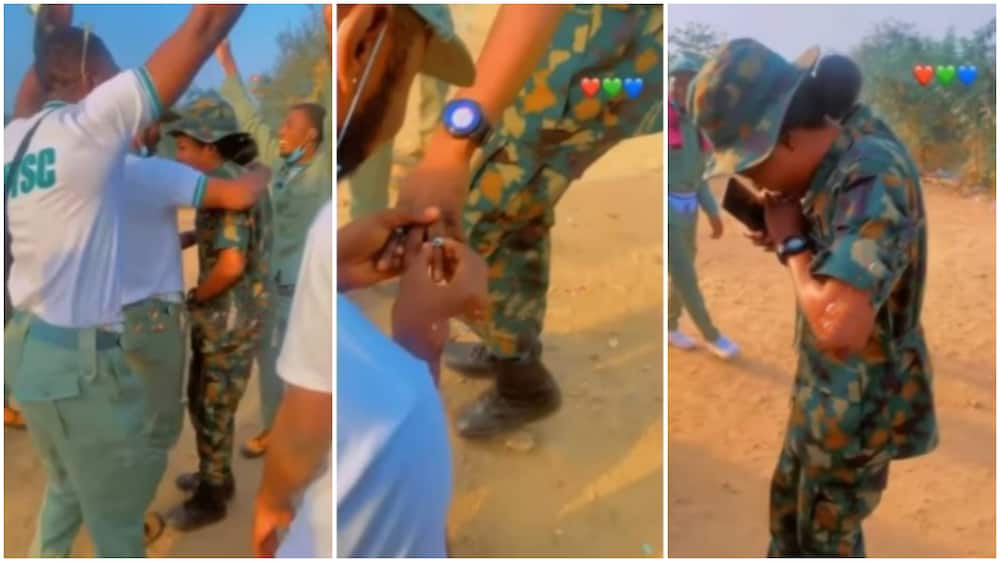 The Nigerian Army has released the female soldier, Sofiat Akinlabi who was detained after being proposed to by a male corps member at the National Youth Service Corps orientation camp in Kwara State.

The development was confirmed by the spokesperson of the Nigerian Army, Brigadier General Onyema Nwachukwu, on Saturday.

He said, “I can confirm to you that an order has been made for the soldier to be freed and enjoy the Christmas with her family and friends with a serious warning for her not to repeat such act again.”

Recall that the military had claimed that the soldier was been detained for going against extant military laws which bans the public display of romantic relationship with a paramilitary trainee, a corps member.

The spokesman of the military who confirmed the arrest a few weeks ago added that the soldier violated the Nigerian Army’s rules and regulations on the conduct of military personnel when deployed for duty.

Nwachukwu said the female soldier is not expected to be in an amorous relationship with a trainee; indulge in romance while in uniform, and is also guilty of disobeying the Armed Forces standing guidelines and directives for the use of social media.

Meanwhile, the military officer has been released after pressure from Nigerians.