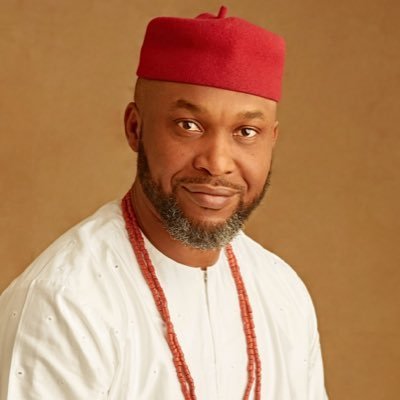 A former Minister of Aviation, Osita Chidoka has berated Nigerian police officers for invading a church during service to arrest Uche Nwosu, the son-in-law of a former Governor of Imo State, Rochas Okorocha, on Sunday.

Okorocha has criticised the current governor of the state, Hope Uzodinma, accusing him of being behind the arrest because of the alleged hatred he has for him and his family.

However, Chidoka criticised the police, saying they disrespected the church.

He called on Christian bodies to speak against it.

According to Chidoka, even the late German dictator, Adolf Hitler, was better than the policemen in that regard.

The former minister said Hitler had honour for the church during the 2nd World War.

Chidoka made this known on his Facebook page on Sunday evening.

“So Police entered a Church and arrested Uche Nwosu? They desecrated the Church to make an arrest?

“This is unacceptable and the Church and all well-meaning Nigerians should not take this lying down.

“Even the Nazis respected the Church during the 2nd World war. Nigerian Police just fell to a new low under a clueless national leadership.