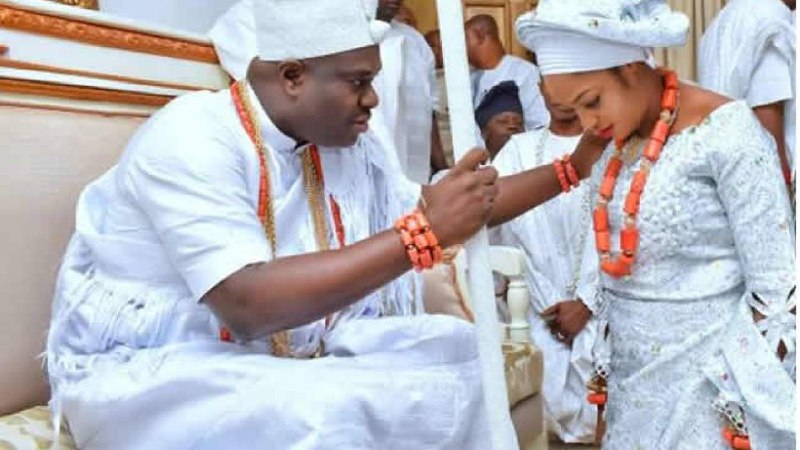 Popular and renowned Ifa priest, Chief Ifayemi Elebuibon has called on Yoruba monarchs to consult Ifa first before getting married so as to avoid divorce.

He made the call amid the collapse of the marriage between Ooni of Ife, Oba Enitan Ogunwusi, and Olori Silekunola Naomi.

Anaedoonline.ng reports that the queen had stated that she and her husband, Oba Adeyeye Ogunwusi were ending their marriage of three years.

The mother of one said she would no longer be referred to as wife Ooni of Ife or as Queen of Ile-Ife but as the Queen of the people and mother of her son.

Reacting to the development, Chief Elebuibon while speaking to journalists in an interview noted that marital issues between couples were usually very difficult for outsiders to understand deeply.

He, however, said Ifa oracle should be consulted as the divine directive was key to success in marriage.“Today’s Yoruba monarchs should follow tradition while choosing partners. But anything that has to do with marriage, whether for a monarch or an ordinary person, no one can be perfect or wise enough to completely avoid mistakes, he said“It is only God that can make one choose rightly. Yoruba monarchs must consult the oracle before choosing wives. They should not allow modernity to dictate who to marry to them. Saying God has directed me to choose you, may not be enough.”

He also advised the family of the king and his wife not to meddle too much in the embattled marriage saying too much involvement of relations might cause disrespect.