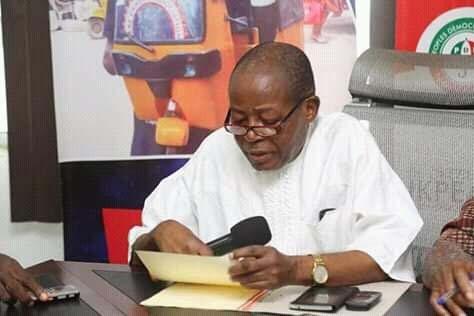 Governor Okezie Ikpeazu of Abia State has expressed sadness after receiving the news of the death of Ezeogo Anagha Ezikpe.

Anaedeoonline.ng understands that the deceased who reportedly died on Christmas day happens to be one of the state founding fathers.

Reports had it that Ezikpe died a few moments after he had slumped during a meeting of the Advisory Council. He was said to have been rushed to the Federal Medical Centre, Umuahia, but was later pronounced dead.

While hailing the deceased who is an indigene of Abiriba, in Ohafia Local Government Area of the State, Governor Ikpeazu said the medical doctor cannot be replaced, adding that people of his nature are rare to find.

The elite was until his death the chairman of the Abia Elders Advisory Council.

Abia State Commissioner for Trade and Investment, John Okiyi Kalu, who spoke on behalf of Governor Ikpeazu, said a big pillar of support for this state has collapsed.

He added that the information was passed while the Governor was receiving in audience a delegation of traditional rulers from Abiriba kingdom led by the Enachioken of Abiriba, HRM Eze Kalu Kalu Ogbu at his Aba Lodge.

Reacting further to the sad development, Governor Ikpeazu described the late elder statesman as his mentor who taught him many virtues during their meetings.

“such people as Ezeogo are very rare to find and cannot be replaced. A big pillar of support for this state has collapsed”, the governor lamented.

The Agreement Between Buhari, Tinubu, Others Over 2023 Presidency – Balogun, Lagos APC Chair